Driver pay is headed up, driven by tightening capacity, a shortage of drivers, rising turnover and improving freight rates, Gordon Klemp, president and CEO of the National Transportation Institute, told attendees at the CCJ Solutions Summit in Palm Springs, Calif., this week.

In the third quarter, carriers started increasing mileage pay by 1 to 2 cents per mile nationally, with regional pay climbing as high as 4 to 7 cents, he said.

Carriers are also luring drivers with $10,000-plus sign-on bonuses, paid out in 30 days, 90 days and 6 months. “Carriers are much more aggressive about paying them out quickly,” to make the bonuses more appealing, Klemp said.

“I’m not a fan because you’re hiring a driver who’s already proven he’ll leave for the next job.”

Trucking’s driver shortage is twofold, Klemp said: quantity and quality. “As an industry, we regionalized because it’s easier to hire drivers.” He’s seen carriers offer significant pay increases if drivers will stay out on the road for 30 days, with “very few takers,” he said.

Another benefit of regionalization is that it allows carriers to take advantage of market differences in pay to maximize profitability, Klemp said. For instance, pay in Los Angeles is higher than in Montana. Newark is higher than Chicago, so carriers can tailor their pay packages to meet regional demands.

For-hire carriers face stiff competition for drivers from private fleets, Klemp said. “The median W2 for a private fleet is consistently $20,000 higher than for-hire,” he said. Private carriers also typically offer drivers better transparency in pay and scheduling, along with transportation departments that engage the driver and their family “to make it a sticky place to work,” Klemp said. Consequently, turnover at private carriers is around 9 percent, with most of that from retirements.

Historically, private carriers such as Wal-Mart had no shortage of qualified candidates to choose from – they simply hired the best drivers from for-hire fleets. Now the driver pool has shrunk to the point that they have had to start advertising. “They are willing to buy the best drivers,” Klemp said.

In the first half of next year, Klemp sees worsening capacity issues driven by the electronic logging device mandate. Carriers running over 300 miles average length of haul could experience a productivity drop of 4 percent to 8 percent, he said. “The good news is rates are going to go up and driver pay will go up,” he said.

At the request of some carrier clients, Klemp’s firm has created an index to measure quarterly changers to driver pay. He envisions more fleets taking advantage of this type of information in rate negotiations. “We’ll see carriers indexing driver pay to neutralize conversations with shippers,” he said. Carriers will start “pricing the driver into the contract.” 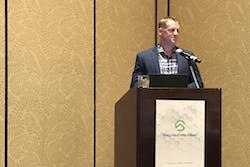 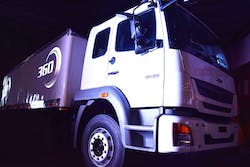 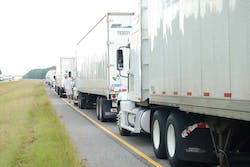