“Many of these things today we call a crisis, we knew they were coming,” said Lt. General Russel Honore on the final day of the CCJ Solutions Summit, Nov. 15, in Palm Springs, Calif. Honore led the evacuation of New Orleans in 2005 as Commander of Joint Task Force Katrina by appointment from President George W. Bush.

At the CCJ Solutions Summit, he gave fleet attendees practical advice to lead in times of crisis and mitigate the risks of potential calamities.

Honore went to New Orleans the third day after hurricane Katrina hit when some parts of the city were under 18 feet of water. Many roads were closed and helicopters hadn’t arrived yet, and so he turned to trucks.

“Many people were saved because we were able to evacuate them using high water vehicles,” he said.

After discussing the recent weather events in Houston, Florida and Puerto Rico, he noted that flooding is the number one destroyer of homes and businesses and that 42 percent of Americans live close to water. He cautioned fleets to not buy or build facilities in areas where rivers or lakes are within sight, and to never put a building below the elevation of a state road or a railroad track.

Following a natural disaster, 40 percent of small businesses will fail for one of three reasons: being under insured, losing their employees, or losing their customers. He emphasized the value of technology to mitigate risks from weather by using intelligent routing and other systems to make good business decisions.

“We have to embrace technology. If you want to see the next company who is going to fail, show me someone who is outdated on technology,” he said.

He also emphasized the need for leaders to break rules in times of crisis by doing whatever it takes to achieve the needed outcome at that moment.

“Sometimes we focus on process as opposed to what we are trying to do. Processes can kill you in times of crisis,” he said.

When evacuating New Orleans he recounted several instances where he broke rules to save lives. One was during a time when people were being evacuated at the airport five or six days after the hurricane hit.

The Joint Task Force Katrina brought in a TSA agent in from Atlanta to run its passenger screening at the airport. The TSA agent wanted to stop the evacuation within one-half hour as there was not enough equipment to meet post-911 security standards.

Lt. General Honore said his reply to the agent was this: “Let me tell you something. I want to assure you that Osama Bin Laden is not in New Orleans. We are loading these damn airplanes.”

“He was stuck on the rules,” Honore told the audience. “In a crisis, we have got to look at what rules we are going to break, because rules are made for normal times.”

He recalled another instance where the captain of an aircraft would not take off without getting a manifest for the luggage onboard to meet an FAA requirement.

Honore told the captain, “We need you to load the planes. Number one, we got guns and you don’t, now get your ass on the plane and take off.” The captain replied “Yes, sir.”

Besides encouraging leaders to take charge and break rules in times of crisis, he advised them to focus on performance and not popularity.

“If you want to be liked, go buy yourself a dog. If want to be a success, let everyone in the company seek the rewards of that success.” 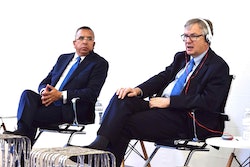 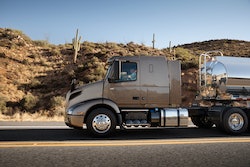