Beam Holding previously pled guilty to conspiracy to commit wire fraud after “knowingly and willfully” defrauding its drivers out of nearly $1 million in pay, according to the U.S. Attorney’s office. The statement says Beam Holding had its drivers falsify their time sheets to show they worked fewer hours than they actually worked. Beam Trucking had entered a guilty plea for conspiracy to falsify safety and pay records after falsely reporting the hours their drivers worked and were on-duty.

According to a statement from the U.S. Attorney’s office, between 1999 and 2017, Gerald W. Beam, Garland C. Beam and Shaun C. Beam, had drivers on routes it said were “grossly illegal.”

The statement went on to say Beam Trucking drivers were told to drive “routes that were so long that they barely got any sleep between trips for weeks at a time over a course of years.” One driver admitted to taking bath salts every few hours to stay awake, according to the U.S. Attorney.

“After three months of taking drugs, the driver found during one of his trips that he could no longer physically drive a truck and had to call for a medical rescue,” Mountcastle added. 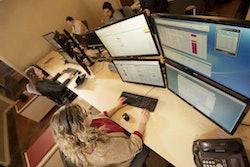 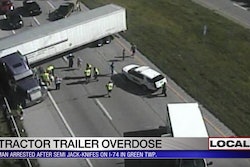