Not so fast: safe fleets bypass inspections, most of the time

The technology used in weigh station bypass programs is straightforward: a truck-mounted transponder or mobile device sends a signal to a weigh station. The signal identifies the carrier to an application used by law enforcement to determine whether or not to inspect the truck or let it pass by.

The technology works consistently, but bypass programs are not always uniform. Carriers may have a solid safety record but that doesn’t mean they will get the green light, so to speak, as often as they believe they should.

The pull-in rates for bypass programs can seem uneven, explains Paul Johnson, the director of logistics for Blacklidge, a Gulfport, Miss.-based company. Blacklidge operates a 20-truck dedicated fleet to haul its own asphalt products to road construction customers throughout the Southeast.

Blacklidge has used two different bypass programs. With the first system it used:

“We were never getting any citations during random inspections, but I would see our trucks still getting pulled in just as many times as those other fleets that would get out-of-service violations and citation after citation,” he says.

The inspection process does have a random element, as weigh stations and mobile inspection sites rely on the Inspection Selection System (ISS) to determine their pull-in rates. ISS scores of carriers are determined from a motor carrier’s safety data, and pull-in rates can fluctuate month to month.

The Federal Motor Carrier Safety Administration also gives a random sample of carriers an artificially high ISS score of 99 to put them in the high-inspect category. The agency does this in an effort to collect more data about the carriers it has little-to-no data on, nearly all of which are small operators.

Currently, two companies offer inspection bypass programs: HELP, Inc., with its PrePass program, and Drivewyze with its PreClear program. Spokespeople from both companies mentioned California and New York as states with the highest pull-in rates.

The Golden state pulls in every carrier with an ISS score of 75 or higher. New York uses the same pull-in rate for all vehicles, regardless of their ISS scores.

Nearly all states that use the PrePass program have a random five percent pull-in rate for carriers that are qualified, regardless of their ISS score. Participating carriers get an automatic red light if they have been placed out of service by the Federal Motor Carrier Safety Administration.

Drivewyze uses an app on its customers’ mobile devices, such as ELDs, to connect the truck to Drivewyze’s cloud-based inspection bypass program, PreClear. States determine their own pull-in rates with PreClear using public safety credential information on motor carriers.

The only way for carriers to improve ISS scores and get a higher bypass rate is by getting more clean inspections on their record, says Brian Mofford, vice president of government experience at Drivewyze.

To help increase the number of clean inspections, carriers that use the PrePass program can identify patterns in the violations they are having, by location, by using a web-based business intelligence tool, at no extra cost, called InfoRM, Vaugh says.

Blacklidge switched to the Drivewyze program about one year ago. During that time, Johnson says the fleet has seen its bypass opportunities steadily increase. Drivewyze has 248 active locations in the 13 states the fleet operates. Some sites are fixed and others are mobile.

To help carriers receive more clean inspections, and improve the odds for bypass opportunities, Drivewyze is developing an application that will populate forms that law enforcement uses to record Level 3 inspections, Mofford says.

When trucks go into a weigh station, sometimes officers will check certain credentials of the carrier but not file an inspection report to save time.

By eliminating some data entry, officers will be more likely to record inspections. This should help carriers improve their ISS scores assuming that the inspections have no violations, Mofford says.

PrePass and Drivewyze say the monthly cost of their programs, on a per-truck basis, is paid for by the time and fuel savings of one or two bypass events. 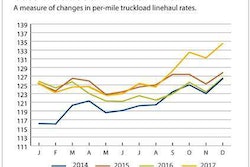 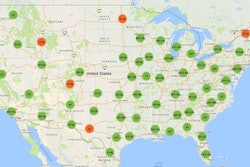