This is the second of a three-part series that looks at the benefits of using remote diagnostics on trucks not factory-equipped with them. The first installment, “Harnessing the power of remote diagnostics in older equipment,” can be found here.

Older trucks not equipped with diagnostic equipment rely on visible indicators – primarily a dash light – to relay problem signs to the driver. Newer models provide information to drivers on a dashboard screen while remote diagnostics broadcast that same information to someone else, including dispatchers and the maintenance department.

Still, shops not used to being a member of such a communication loop often have to overcome a perception that diagnostic technologies are too complex and best left to dealers and OEM experts.

“Fleets worried about the complexity of remote diagnostic systems certainly do not have unwarranted concerns,” says Noregon Chief Technology Officer Dave Covington. “They may have used a system in the past that presented an overwhelming amount of data with no guidance.”

Many platforms, like Noregon’s TripVision and Navistar’s OnCommand Connection, have built in support systems that offer explanations for what is wrong with the truck and guide the fleet to make impactful decisions regarding the maintenance and repairs for that vehicle.

Through Eaton’s IntelliConnect platform, Director of Maintenance for Minneapolis-based Koch Trucking Todd Wright says once a fault code has been displayed, the system will show shop personnel picture of the problem, list what parts need to be replaced, and will notify the fleet if the truck needs to be shutdown situation or if the a condition can wait for a more convenient repair window.

“We know most fleets don’t have technicians monitoring their vehicles in real-time, so we provide enhanced OEM descriptions as opposed to just sending SAE codes for every single fault the vehicle is producing,” Covington adds.

Email blasts and descriptions of faults and repair methods can seem imposing to the end-user, especially if the recipient isn’t the one equipped to make the repair. Many remote diagnostic applications can also be configured to provide as much, or little, information as a fleet wants.

“If a fleet only wants to track vehicles that have faults affecting their fuel economy, they can set up filters to do so,” Covington says. “On the contrary, fleets can also drill into the detailed information beneficial to technicians and maintenance professionals.”

Covington says the simplest way to introduce remote diagnostics into your fleet is to sign up for a service that allows for the customization of the application, providing only information considered useful and have that routed to the appropriate department.

Wright says Eaton’s IntelliConnect gives his company the option to select the manner in which it receives analysis and action plans from Eaton: via email, Eaton’s web-portal or through a third-party remote diagnostics system.

“For example, a fleet dispatcher can be setup with an alert when a vehicle reaches a medium severity level so he or she can relay the application’s recommended action to the driver at that point,” Covington adds. “However, the maintenance manager may choose only to receive alerts when a vehicle reaches a high severity level to provide input on managing the needed repairs. Fleets should use these systems in the manner that best benefits them. You don’t have to fix every issue remote diagnostics are capable of alerting to. Look at the issues that will directly affect the bottom line and prioritize those.”

PacLease maintenance manager Rick Tapp notes that technicians are probably not as wary of this technology as their department managers because they already know how to use the diagnostic computer for specific engines. The learning curve with remote diagnostics is simply in the customization of how it communicates between the driver and fleet.

“What we can do with remote diagnostics is, we get an email that says, ‘hey, this truck is getting sick,’” he says, adding those emails allow him to bring trucks in for service and prevent a tow, road calls and emergency repairs.

“All those things are advantages to the maintenance department,” he says.

Another advantage, Covington says, is the capability to diagnose a problem before it ever becomes severe enough to trip a dash light.

“Aside from helping fleets manage faults that can lead to a breakdown, TripVision also alerts fleet personnel to issues a driver may not notice,” Covington adds. “The application indicates the presence of faults that can affect fuel economy, emissions systems, or cause a potential CSA violation. With no check engine light illuminated, the driver likely has no idea there is a problem causing decreased fuel efficiency, but the insight of TripVision allows the fleet to address the concern before it becomes too costly.”

The ability to diagnose and correct an issue before one is reported could be the difference between uptime and downtime.

“Rather than waiting on a driver to report an issue, fleets have access to the information to know what is wrong with the vehicle and what the recommended action is to avoid a costly breakdown,” Covington says. “Quicker detection, coupled with quicker action, will not only reduce maintenance costs, but also extend the life of a vehicle.”

“Before, the truck could be de-rated if a driver overlooked an alert or waited too long to clean the emissions system, especially after the truck had been sitting over a rest period,” he says. “Now, we get an email notification when the soot level gets to a critical level and can call the driver and get action taken before a de-rate takes place. Remote diagnostics is showing us trends, and frequency of occurrences, so we can share that data with our drivers. Before we didn’t realize that some of our drivers didn’t know the procedure for a parked re-gen, for example. But, now they do.”

And that’s a much deeper level of information than just a dash light. 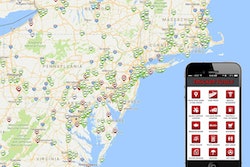 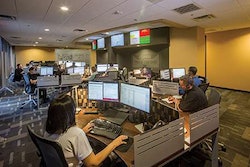 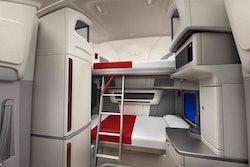