The company handling settlement payouts to Caterpillar engine owners has said it will be reissuing checks to former ACERT engine owners who were part of a $60 million class action settlement reached with the company in 2016. According to the website established for members of the class, which include anyone who owned or leased a truck with a Caterpillar ACERT engine manufactured between 2006 and 2010, a calculation error resulted in checks issued for the wrong amount.

A letter mailed to class members April 6 states that checks could be reissued within two weeks.

The $60 million settlement was reached in June 2016, after a bevy of class-action lawsuits were filed against Caterpillar claiming its ACERT C13 and C15 engines were defective, and that the company knew about it. The allegedly defective engines damaged trucking company operations and hurt trucks’ resale value, plaintiffs alleged, as well as drove up maintenance costs. The issues stemmed from Caterpillar’s exhaust gas recirculation system, Caterpillar Regeneration System, which was designed to meet 2007 federal emissions standards.

The claims process began in 2016, and 2,083 claimants were approved for settlements as of March 30. Others were still under review, court documents state. March 30, 2,083 checks were issued to approved claimants, according to court documents. However, an error was discovered days later, on April 4, after an internal revenue by Epiq, the company handling the settlement and distribution of the funds.

The 2,083 claimants approved accounted for more than 11,000 ACERT engines, according to court documents — roughly a third of the 35,000 engines potentially covered by the settlement. 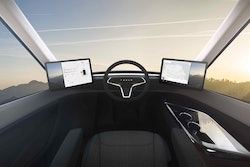 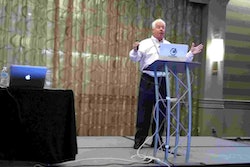