On Tuesday, April 17, a group of fleet maintenance experts arrived in downtown Philadelphia for the Dossier Summit to network and learn about new features coming to the Dossier management system.

One of the features announced at the event seemed to stand out more than usual given the circumstances.

Just before noon, a Dallas-bound Southwest jet made an emergency landing nearby at the Philadelphia airport after a fan blade from its turbine snapped from the hub at 30,000 feet above Pennsylvania.

According to news reports, the airplane had been inspected on Sunday. Yet a preliminary investigation by the National Transportation Safety Board found evidence of metal fatigue where the blade had separated.

Fleets that use maintenance management software from Dossier Systems have motor vehicles of all varieties. What are the chances that one of their drivers or mechanics had missed an item during a recent inspection or repair?

During a session on Wednesday, Bob Hausler, Dossier’s vice president of marketing and technology, presented a new “checklist” feature coming to the next version of Dossier.

Scheduled with the 6.7 version planned for release this summer, the Dossier feature lets users set up and automatically enforce itemized tasks for inspections, preventive maintenance (PM) and repair processes. Checklist items can prompt users to answer a question or enter data as well. When conducting a PM, for example, a fleet may want technicians to enter tire pressures.

Once checklist items have been defined for an equipment unit type, users can copy items in their checklists over to similar units, he said. As an example, a PM schedule created for a Mack truck could have similar items as a Freightliner. “You do not have to build every (checklist) from scratch,” he said. “And there is no limit on the number of lists or items per list.”

With the feature, any Dossier user, be it a fleet supervisor or mechanic, cannot close a PM or repair order in the software until every item in the checklist is completed. The system keeps a record of who completed each step using login credentials.

The Dossier user interface is designed for a Windows PC and is mouse driven. Hauser demonstrated how Remote Desktop can run on mobile devices for users to mark off items on a checklist and navigate through Dossier.

Hausler previewed the next-generation Dossier version 7 that will run on any web browser and mobile device using dedicated mobile apps. This next version will incorporate swipes and gestures that will make users more efficient in a mobile environment, he said.

Dossier is planning the initial release of version 7 in the second quarter of 2019.

Thirty-eight fleet customers of Dossier are using the module, Hausler said, that can automate the workflow for approving and creating repair orders for items that fail drivers’ pre-trip inspections. Once repair orders are complete, a message is sent back to the driver to confirm the work was done.

Zonar’s EVIR requires drivers to walk around the vehicle with a tablet to scan a radio-frequency identification (RFID) bar code at each inspection point.

“As much as you say to a driver, ‘Do a pre-trip inspection,’ do they?” asks Bob Nolen, fleet and facilities manager for Hagey Coach. “With Zonar at least they have to walk around the vehicle.”

When the EVIR system is implemented with Dossier On-Board, Nolen believes the company will eliminate instances where DOT officers issue violations to drivers for having recorded non-critical defects such as interior lights on paper DVIRs.

With Dossier On-Board, a mechanic could use the Dossier system to remotely sign off on non-safety related defects noted in drivers’ EVIR reports. Mechanics can also get instant notifications when vehicles have safety-critical defects to schedule repairs. 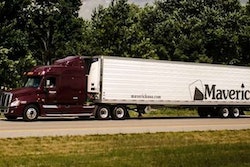 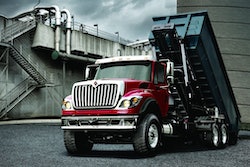 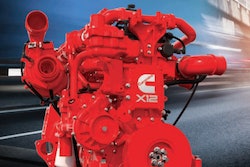