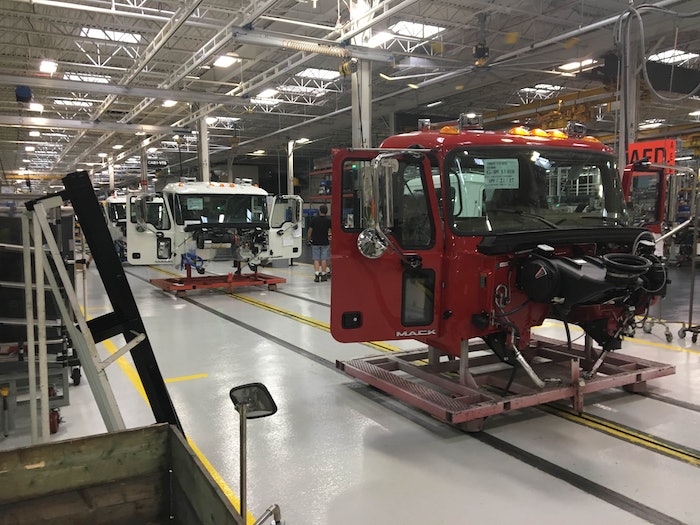 Heavy truck orders have exceeded 40,000 units in four of the six months this year.

The rate at which fleets are ordering trucks has put a strain on the supply chain, and FTR Vice President of Commercial Vehicles Don Ake says OEMs have struggled to keep production on pace with demand.

“There is an enormous demand for trucks due to burgeoning freight growth and extremely tight industry capacity,” he says. “However, supply is severely constrained because OEM suppliers cannot provide the needed parts and components required to build more trucks fast enough. This bottleneck is causing fleets to get more orders in the backlog in hopes of getting more trucks as soon as they are available.”

The backlogs are being moved out further, which is pushing fleets to get orders in sooner rather than later so they can find a build slot, Ake says.

“Fleets are desperate for more equipment, but trucks are in short supply due to the supplier constraints. This is creating a surge in orders as fleets react to this unusual situation,” he adds. “If OEMs were producing at capacity, the truck build this year could have been as high as 360,000 units.”

North American Class 8 orders for the past twelve months have now totaled 411,000 units, which Ake notes indicates “there are some excess orders in the backlog.”