September trailers orders were 56,000 units, exceeding the previous record from October 2014 by more than 10,000 trailers, according to FTR. Similarly, ACT Research’s preliminary estimate for September 2018 net trailer orders is 58,200 units.

Orders continue to exceed expectations with September units 59 percent higher than August and up 133 percent year over year FTR reports. Trailer orders for the past 12 months have now exceeded 400,000 units.

The OEMs opened up their order boards for the remainder of 2019 and the fleets responded with many large orders. Most of the order increase was in dry vans, but refrigerated van orders were healthy, as were flatbeds, according to FTR. There are still concerns about future raw material costs and component availability, but this did not hinder the fleets from ordering in huge numbers for future deliveries.

“The fleets have ordered an enormous amount of Class 8 trucks for 2019 and now are ordering the trailers to go with them. They want to reserve build slots throughout next year so they can have equipment ready for what is anticipated to remain a vibrant freight market. This is the equivalent of tickets going on sale for a wildly popular concert and quickly selling out. Some dry van OEMs are largely booked up for 2019,” says Don Ake, FTR vice president of commercial vehicles.

Frank Maly, ACT’s director of commercial vehicle transportation analysis and research, says, “Fleets reached a never-before-seen trailer order level in September. OEMs booked over 58,000 trailers last month, shattering the previous record level of just over 47,000 orders, which was set in October of 2014. That was more than 50 percent better than August orders and 135 percent better than this point last year.”

“Order strength was widespread, with nine of the 10 trailer categories in the black on a year-over-year basis; grain trailers, the sole outlier, missing a positive result by less than a percentage point,” Maly says. “Year-to-date performance was nearly identical to the year-over-year results, an indication of both consistent and longer-term industry-wide strength.” 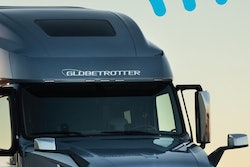 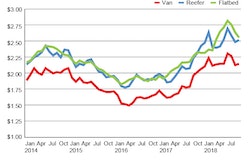