Venture capital has been flowing to startups and fast-growth technology companies in transportation, but few transactions compare to one that took place in December 2018.

CMT was founded in 2010 by two full-time MIT professors, Hari Balakrishnan and Sam Madden, who decided to spin off a product that originated from a project they did for the National Science Foundation.

The science project used sensor data from cell phones installed in Boston taxi cabs to detect the locations and severity of potholes on city roads. The professors saw a bigger opportunity to use smartphone and sensor data to identify and improve risky driving behaviors.

Between 2016 and 2017, CMT turned its attention to fleets. It developed a new program, DriveWell Fleet, and began working with commercial insurers.

CMT developed technology to allay driver concerns about privacy, especially concerns about the app tracking their behaviors outside of work hours and vehicles. CMT has a small IoT device that affixes to the windshield. The device pairs with the app on the phone to activate its data recording feature only when drivers’ phones are in company vehicles, she says.

The DriveWell app provides feedback to drivers with scores and map visualizations that identify where drivers had risky behaviors on their routes such as speeding, phone use, cornering and hard braking. The app also has gamification elements to encourage drivers to improve by monitoring leaderboards and participating in contests with rewards, she says.

The driver scores are based on a two-week period to reflect improvements “right away,” Wellman says.

To date, the vast majority of fleet customers using DriveWell Fleet are small to mid-size companies, she says. CMT is currently working to offer an affordable dash camera recording device with DriveWell Fleet.

Having video footage will help fleets review critical safety events and the camera will incorporate machine vision to detect and score additional risky behaviors like tailgating and drifting, she says.

The cost of DriveWell Fleet includes an on-boarding fee and monthly subscription fee based on the number of drivers, she says. 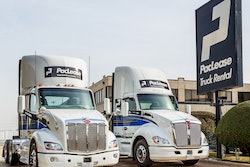 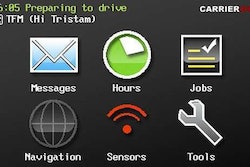 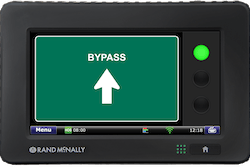