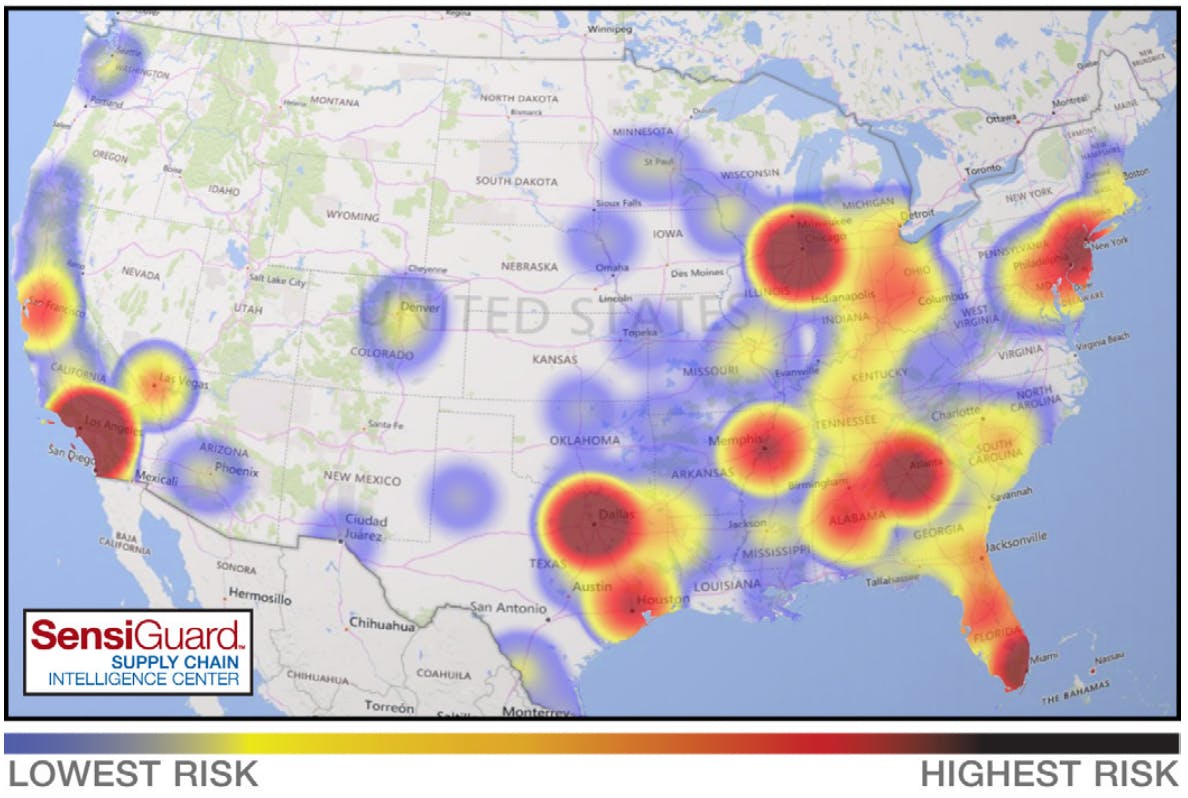 Cargo thefts were down 19 percent in 2018 compared to 2017. California accounted for 26 percent of total thefts.

Cargo thefts across the United States were down 19 percent in 2018 compared to 2017, along with a 2 percent decrease in theft values, according to a report from cargo theft recording firm SensiGuard.

The firm recorded a total of 592 cargo thefts in the U.S. last year worth an average of $142,342. The fourth quarter was the most active for thieves with 171 thefts, compared to 159 thefts in the third quarter, 145 in the second quarter and 117 in the first quarter.

SensiGuard warns that despite the drop in volume last year, the rate at which it is dropping is slowing, and organized cargo thieves in the U.S. still present a threat to highly-targeted shipments. 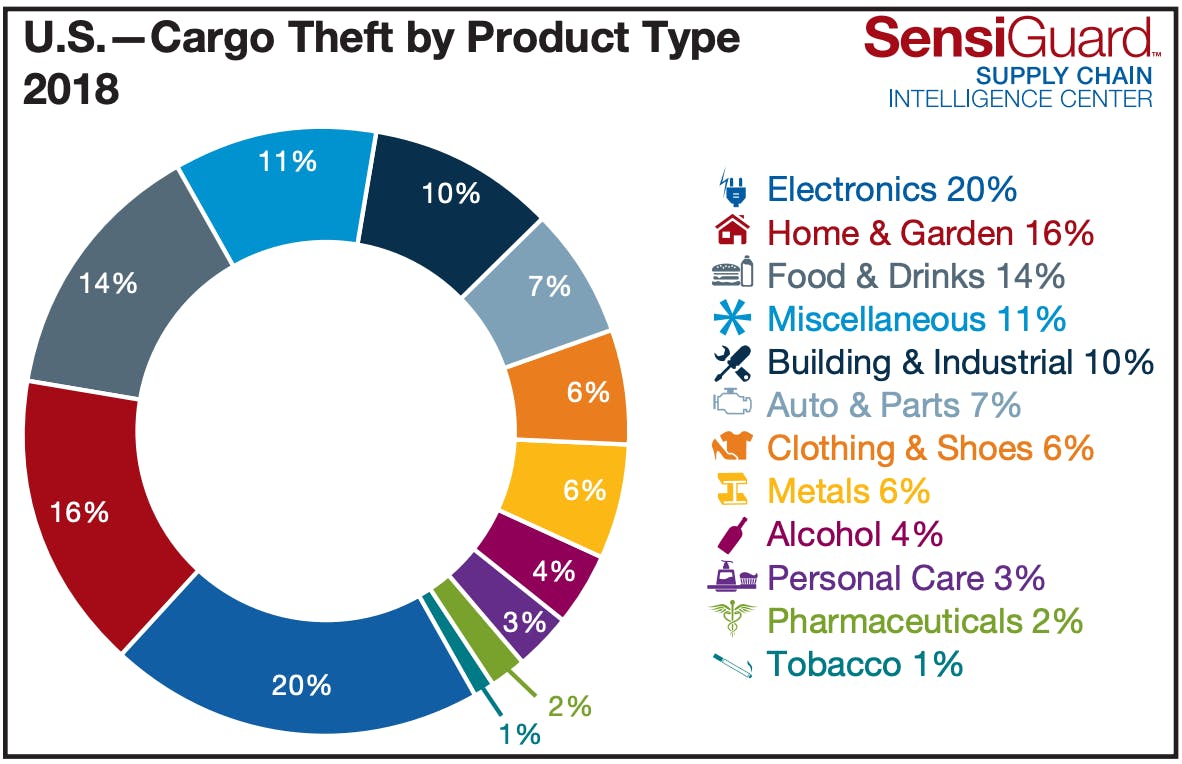 Electronics were the most-stolen product type in 2018, followed by home and garden products and food and drinks products.

California was home to the most reported thefts in 2018, accounting for 26 percent of total thefts for the year, despite having a 9 percent drop in thefts compared to 2017. Texas claimed the second spot with 15 percent of total thefts, followed by Florida with 11 percent. Illinois saw a sharp 72 percent increase in theft rate and rose from sixth overall in 2017 to fourth in 2018 with 10 percent of the total. Georgia rounded out the top five with 8 percent of thefts, a 10 percent decrease from the previous year. 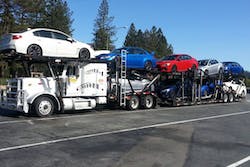