Founded by veteran Tesla and Uber engineers Austin Oehlerking and Mark Godwin, Boxbot allows recipients to schedule delivery at a time of their choosing. When Boxbot’s autonomous vehicle arrives, customers receive a text alert with a unique code that can be used to retrieve packages from lockers onboard the vehicle.

OnTrac President Rob Humphrey says his company has worked with Boxbot “for months” to test its technology, identify new ways in which autonomy can improve the delivery experience and tightly integrate within the existing OnTrac delivery infrastructure.

Now, OnTrac and Boxbot will expand testing starting this summer in Northern California. As part of the expanded partnership, Boxbot is now operating as a Regional Service Provider for OnTrac, handling last-mile deliveries through Boxbot’s fleet of delivery vans and drivers.

Boxbot will manage these deliveries via a first-of-its-kind system that combines an automated local hub, located close to residential neighborhoods, with a fleet of street-based delivery vehicles. Boxbot’s automated local hubs store and sort parcels before automatically loading them for delivery.

Boxbot’s fleet includes two types of vehicles: parcel delivery vans and self-driving electric vehicles that can manage more complex deliveries, like those requiring signatures. Boxbot’s delivery vehicles can be reloaded with packages throughout the day at its automated local hubs. Automating this process, Boxbot says, enables drivers to get more done in less time, without worrying about loading, organizing or finding packages within their vehicles.

Boxbot received an Autonomous Vehicle Testing Permit from the California Department of Motor Vehicles last year and in compliance with California regulations, Boxbot’s autonomous vehicles operate under the supervision of a safety driver during testing. 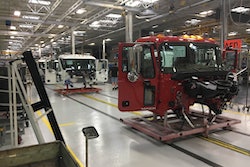 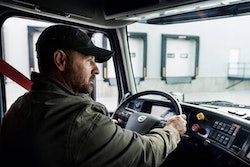