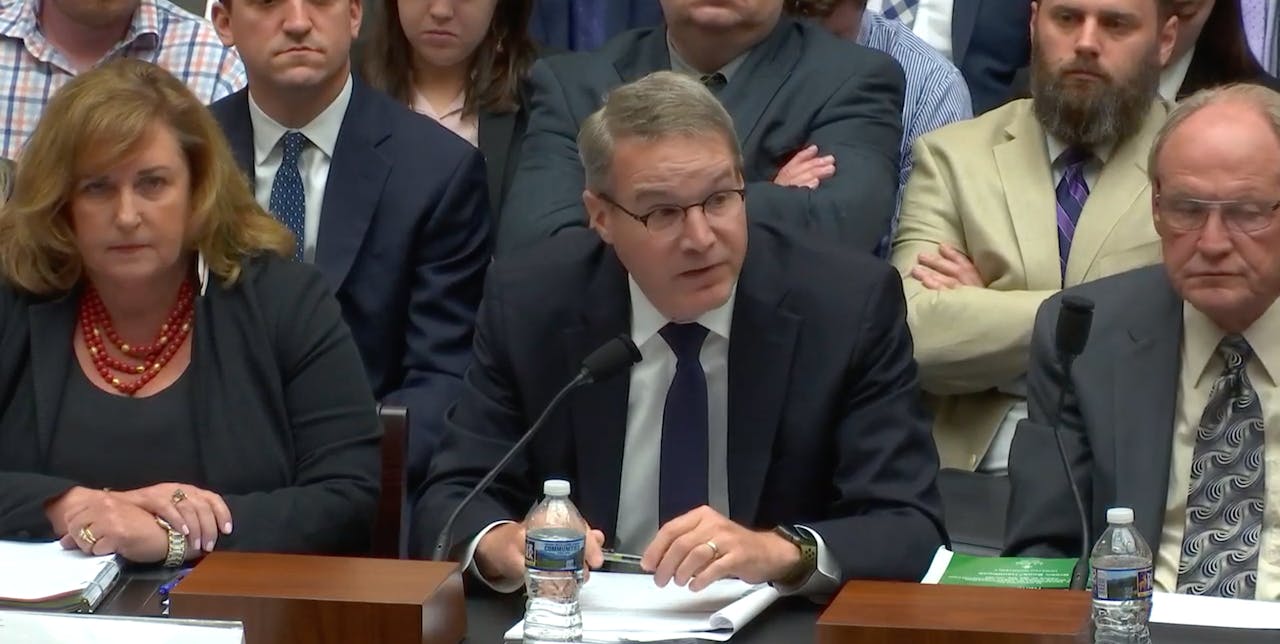 ATA President and CEO Chris Spear testifies before the House Subcommittee on Highways and Transit Wednesday morning about the challenges faced by the trucking industry.

Eight trucking industry stakeholders testified before members of Congress Wednesday in a hearing about the state of trucking and the challenges truck drivers, trucking companies, brokers and safety advocates face.

The testimony from each of the stakeholders, along with their answers to questions from 17 representatives who are part of the House Subcommittee on Highways and Transit, will be used to help shape the next highway funding bill after 2015’s FAST Act expires in 2020.

The panel heard testimony from Chris Spear, president and CEO of the American Trucking Associations; Todd Spencer, president of the Owner-Operator Independent Drivers Association; Cathy Chase, president of the Advocates for Highway and Auto Safety; LaMont Byrd, director of the health and safety department for the International Brotherhood of Teamsters; Jason Craig, director of governmental affairs for C.H. Robinson; Rodney Noble, senior director of transportation global procurement for PepsiCo; Deputy Chief Mark Savage with the Colorado State Patrol on behalf of the Commercial Vehicle Safety Alliance; and Andy Young, a truck safety advocate.

Video of the full hearing can be seen here and at the end of this story. Below are some of the topics discussed during the hearing and what trucking stakeholders had to say to the subcommittee:

Driver shortage
Rep. Eleanor Holmes Norton (D-D.C.) in her opening statement mentioned the perceived driver shortage as one thing the subcommittee would like to address in its next highway funding bill. She asked about the Drive Safe Act, which is currently awaiting action in the House and would lower the interstate driving age from 21 to 18. She also askeed how drivers are still mostly paid by the mile and not by the hour, causing lost wages and drivers to leave the industry.

OOIDA President Spencer, while refuting that there is a true shortage of drivers, said the way truck drivers are compensated has been broken for a long time and added that pay and working conditions have led to many drivers leaving the industry.

“If driver pay had been pegged to the consumer price index in 1980, most of today’s drivers would be bringing home six figures in wages,” Spencer said. “They don’t make that because their value is set by what they can be replaced for, no matter how good or safe they may be, or even how many millions of safe miles they have driven.”

Spencer added that not having a pay structure involving time also hurts drivers, especially when they are detained at shippers and receivers for between 10 and 40 hours a week.

“This has to change if trucking is to attract and retain good drivers, but it won’t change as long as drivers can be detained and not paid for their time,” he said.

Speaking about 18-20-year-old truck drivers crossing state lines, ATA President Spear said it is already law in 48 states to allow under-21 truckers to drive on highways within state lines without any special training beyond obtaining a CDL.

Spear said the Drive Safe Act would require under-21 interstate truckers to drive trucks that are equipped with active braking collision mitigation systems, cameras, speed limiters and, during a 280-hour probationary period, be accompanied by an experienced CDL holder.

Spencer and Byrd both said their organizations disagree with lowering the interstate driving age for truckers. However, Byrd said the Teamsters work with 18-year-olds in apprenticeship programs to teach them about the industry, have them work on docks and around trucking businesses, so that when they near turning 21, they have received seat time and are taught how to properly drive.

Hours of service/ELDs
Spencer said there is a disconnect between compliance with safety regulations and improved safety outcomes, specifically with electronic logs.

“ELDs were a monstrous mandate on small business truckers…that realize no safety benefit,” he said. “If it has a direct impact on safety, it is quite likely a negative one because of the pressures it puts on drivers.”

Several representatives, including subcommittee chairman Norton, expressed concerns over increasing rates of fatalities involving trucks since 2009. Spencer said ELDs have made drivers feel constantly under pressure and have exacerbated parking shortages. Mitigating the parking shortage is essential to improving safety, he said.

Underride guards
Safety advocates at the hearing spoke in favor of underride guards on the sides of trailers to prevent underride crashes in which a car goes under the side of a trailer.

Attorney and safety advocate Young said there has to be a geometrical matchup of vehicles striking trucks and the trucks being struck, adding that airbags and seatbelts don’t work when the first point of collision is the windshield of a car. He also noted that automatic emergency braking should be standard technology in all cars.

Chase, with the Advocates for Highway and Auto Safety, encouraged the committee members and Congress to mandate side underride guards on trailers.

Spear said the solution isn’t as easy as just adding the guards to trailers. The added weight and structural integrity of trailers will need to be considered, he said. Spear noted that he believes technology could solve the problem. Vehicle-to-vehicle connectivity is the key, he contended. He said if all vehicles are communicating, cars would be able to detect a tractor-trailer ahead and deploy the automatic emergency braking system to stop before the collision.

“[Underride guard] technology assumes you hit the trailer,” he said. “Connectivity would go a long way to solving that problem.” 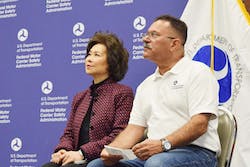 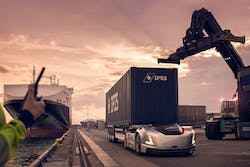 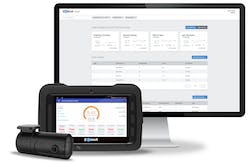