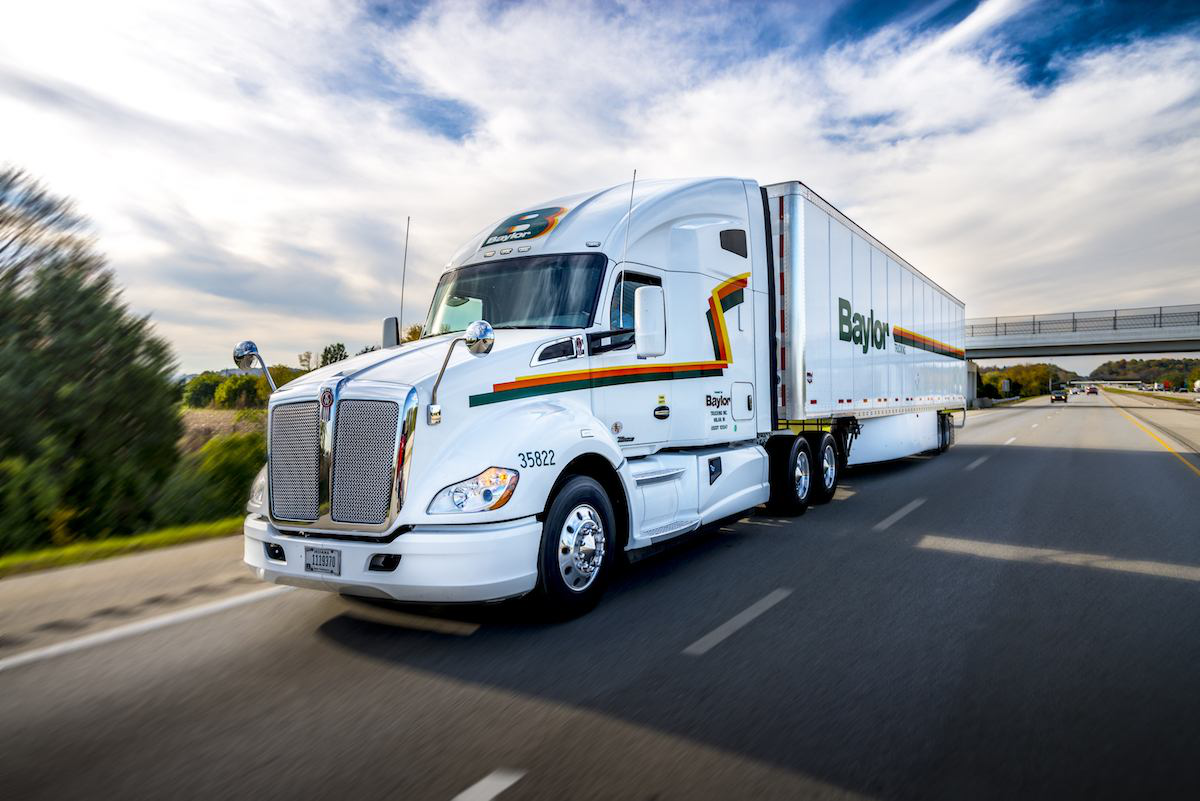 Baylor Trucking was experiencing an ELD outage the week of Jan. 20, which raised concerns for President Cari Baylor.

Earlier this month, when its telematics provider Omnitracs pushed out a firmware update to its ELD devices, the company lost that connectivity, said Baylor, who adds that during the week of Jan. 20, about 10% of the fleet was “blacked out.”

On any given day that week the company had about 15 to 20 IVG units out of service.

“We would lose total contact with the unit,” she said. The impacts from the outage rippled through its business. One of the most immediate concerns was drivers calling in to ask how many hours they had remaining on their duty clocks and reverting to paper logbooks.

Omnitracs worked to fix the issue on Baylor’s IVG units. Vehicles needed to be routed to a service center or its home terminal to receive a software patch from a flash drive, which restored the units to functionality. Omnitracs said it generally saw no indication of issues with the IVG devices in use by other fleets.

“Pushing upgrades to our units is part of our standard business practice. In some cases, there may be a fleet using older OS and older IVG’s that could fail in the over-the-air upgrade process. In our most recent upgrade, the failure percentage was 0.006% and addressed directly once known issues were identified,” said Joe Ohr, vice president of customer support and technical operations at Omnitracs.

Omnitracs began selling the IVG platform to fleets in 2016. The first-generation IVG platform was shipped with a Windows CE operating system but was designed to be updated to Android without removing it from the cab.

The ELD outage that Baylor Trucking experienced this month raises broader questions about what fleets should do in the age of connected vehicles and the ELD mandate when they lose touch with devices — and what risks malfunctions present if trucks are involved in a crash.

In recent years, several major providers have dealt with intermittent issues, including Omnitracs and Trimble (formerly PeopleNet). Likewise, app-based provider KeepTruckin, a big player in the small fleet and owner-operator market, experienced downtime when a surge of new users came online when the ELD mandate took effect in late December 2017.

When an ELD or other application on a mobile fleet management platform has glitches or outages, the downtime fleets experience causes driver frustrations and even legal worries.

The Federal Motor Carrier Safety Administration’s ELD registry currently lists 542 different ELD products from dozens of vendors. Each product has been self-certified by the vendor to comply with the ELD rule, and many are from vendors with fleet management platforms that have applications that go beyond compliance.

FMCSA, in response to questions about ELD downtime, pointed to the ELD FAQs section on its website. In the event of an ELD malfunction, the rule stipulates that drivers note the malfunction and provide a written notice to their carrier within 24 hours, then reconstruct their logs for their current 24-hour period and previous seven days on a paper logbook or an e-logging app. Drivers must then continue to maintain paper logs until their ELD is up and running. 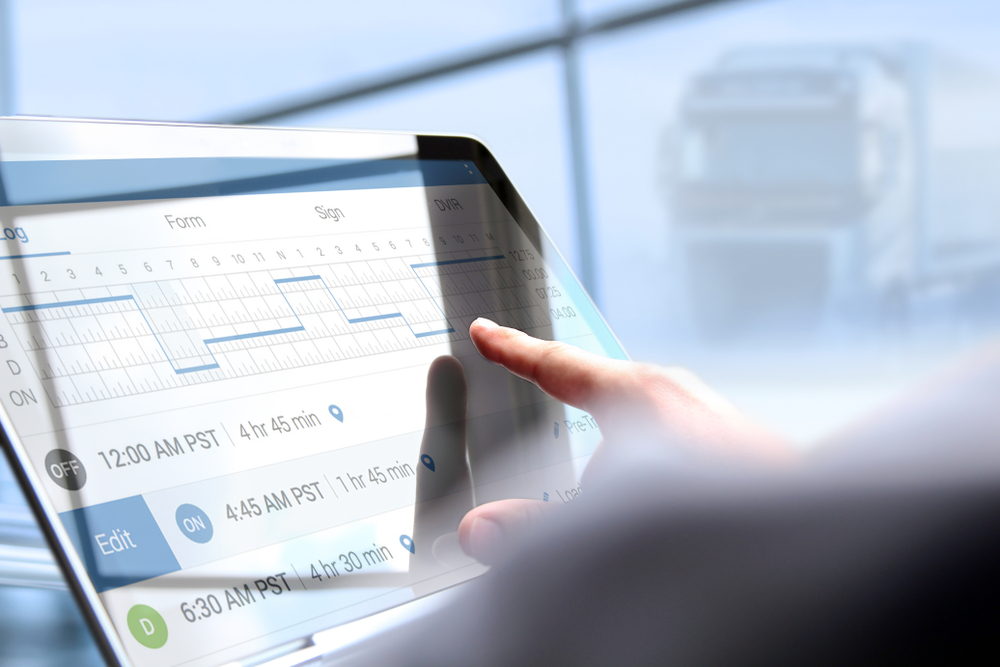 Cari Baylor, president of Baylor Trucking, would like to see a better process put in place for when an ELD goes down. She would like the FMCSA to grant fleets a temporary exemption to provide legal protection.

Drivers and carriers have eight days after the malfunction to return to using a compliant ELD, after which they can be placed out-of-service.

One of Baylor’s chief concerns was the potential for a driver with a non-functioning ELD to be involved in an accident. Information the company would need in such an event, such as locations, duty status and vehicle information, would be missing from the moment the ELDs blacked out, and “I don’t have a great way to retrace it,” said Cari Baylor.

Another concern with malfunctioning devices is that, “we don’t get Cummins engine diagnostics warning us about mechanical issues and we can’t get any Bendix safety data, which is very important,” she added.

“When we lose connectivity we lose the eyes and ears of a truck. It’s not just compliance,” she says.

The most critical issue, Baylor says, is that drivers’ paper logbooks may not line up with the electronic records when ELDs come back online, since the ELDs were not recording movements or changes in duty status while out of service.

In some instances, ELD units stopped functioning while drivers were in drive status and the system kept them in line 3 for the duration of the outage. When one particular unit functioned properly again, it showed a driver had nearly 60 hours of continuous driving time during the failure.

FMCSA does not allow the editing of driving time on line 3. Fleets and drivers can only add annotations to ELD records to explain discrepancies.

Baylor Trucking notated line 3 and other ELD records, but in the event of an accident “an attorney could take me to the cleaners,” she said. “It could be hard to prove what is really happening.”

The only way to ensure that an ELD record stays accurate, Baylor said, is to either lose the driver’s hours while waiting for an ELD fix or “require a professional driver to take a reset” period of 34 hours.

“There is no exemption for us,” she added. “If we do not require a driver to take a reset, it looks like we are operating illegally. It puts us in a litigious situation.”

Baylor is also concerned that inspectors who view a driver’s ELD, after the device comes back online, may surmise a driver has been on duty or driving for too long since the devices were not updating duty status while out of service. The only evidence a driver could provide in this instance is a paper logbook and notations to the ELD record.

“What are the chances [the inspector] believes you if you just notate [the ELD]?” she asked. “We should have a better process as an industry.”

The current process of notating logs makes it possible for drivers with an out-of-service ELD to run hot, she says, because motor carriers are not given an exemption to edit logs. As such, law enforcement cannot determine if a driver using paper logbooks for up to eight days with a non-functioning ELD has been running legal.

Ideally, Baylor would like to see a new requirement that ELD providers report to FMCSA when they experience an outage. The report would specify which devices were affected, and then FMCSA would issue a statement to exempt certain devices for the period they were out of service.

As part of that exemption, the FMCSA would allow carriers to edit the drive line and other duty status based on supporting data. She believes this proposal would better ensure that carriers have accurate ELD records for the time periods that devices were out of service.

Since the FMCSA requires motor carriers to retain logbook records for a minimum of six months, any gaps or errors in ELD data in this timeframe, especially for line 3, is a potential liability and “there is not a thing we can do about it,” says Jeff Kaps, senior safety manager of Baylor Trucking. “I do not understand why FMCSA hasn’t allowed for a tool to correct some error.” 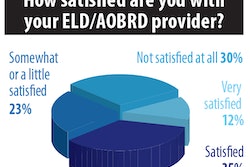 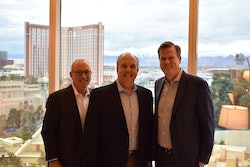