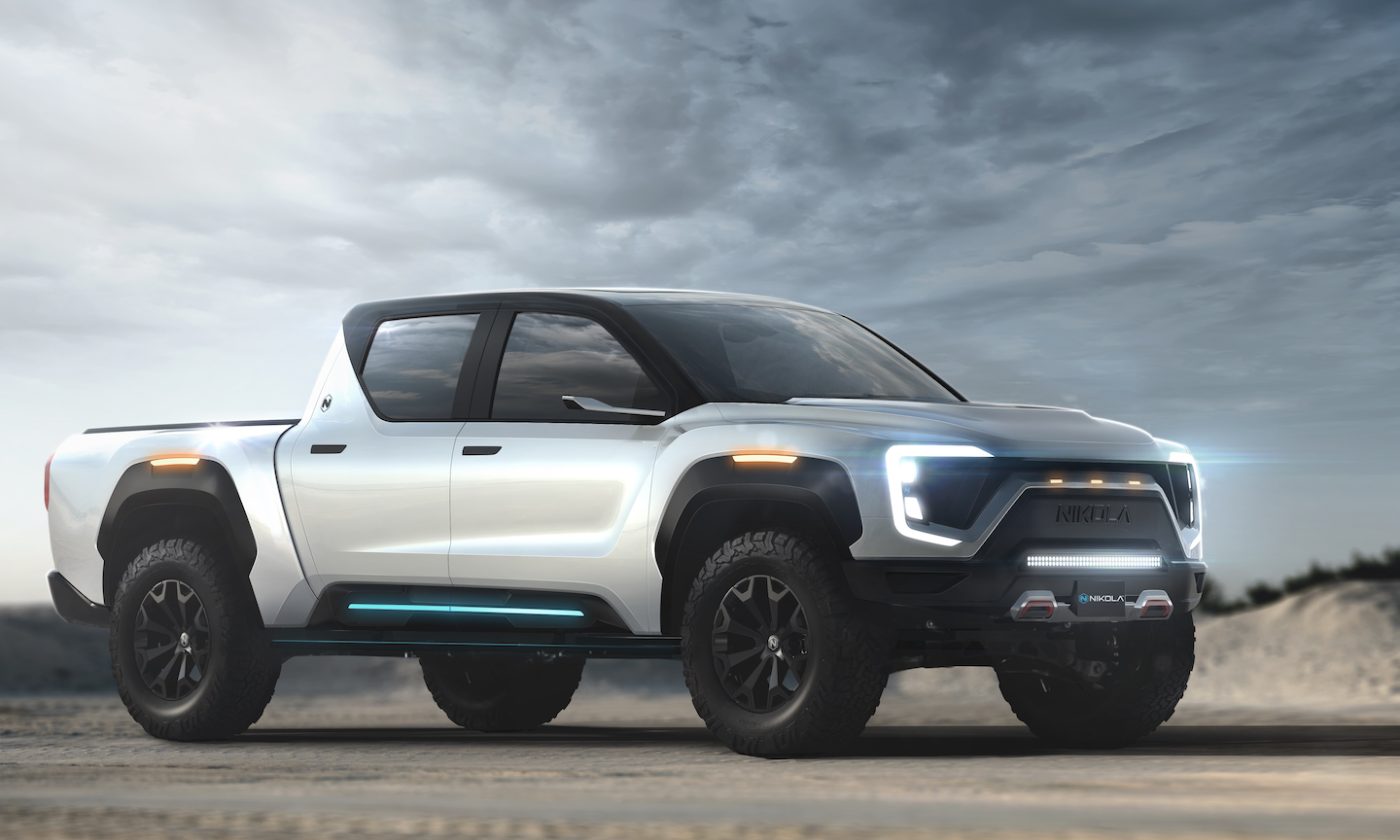 Nikola announces electric pickup with up to 600-mile range
Nikola Motor Company, the builder of a hydrogen-electric Class 8 tractor, on Monday announced the launch of its new electric pickup truck, the Nikola Badger, which features an estimated range of up to 600 miles.

The company says the pickup delivers 980 ft.-lbs. of torque, 906 peak horsepower and 455 continuous horsepower with a towing capacity of more than 8,000 pounds. The truck will be built in conjunction with an unnamed OEM using their certified parts and manufacturing facilities.

The truck will be available with a fuel-cell electric (FCEV)/battery-electric (BEV) hybrid or battery-electric only powertrain. The company says it can operate in FCEV/battery-blend or BEV mode only at the touch of a button. The Badger can drive 300 miles in BEV mode for those that do not have access to hydrogen.

Nikola says the truck is designed to handle what a construction company could throw at it and features a 15-kilowatt power outlet for tools, lights and compressors.

“Nikola has billions worth of technology in our semi-truck program, so why not build it into a pickup truck?” said Trevor Milton, CEO of Nikola. “I have been working on this pickup program for years and believe the market is now ready for something that can handle a full day’s worth of work without running out of energy.  This electric truck can be used for work, weekend getaways, towing, off-roading or to hit the ski slopes without performance loss. No other electric pickup can operate in these temperatures and conditions.”

A limited number of reservations are available in 2020. The Badger will make its first appearance at Nikola World 2020, which is expected in September.

CHR refutes the claims, saying the complaint “contains an enormous amount of self-service falsehoods, as well as blatant mischaracterizations and fabrications about our company, teams and the actual agreements signed by the growers themselves.”

“We deny any and all allegations of wrongdoing and look forward to vigorously defending our actions, as well as filing legitimate counterclaims against the growers,” the company adds. “C.H. Robinson loaned several of the growers listed in the complaint money to finance their businesses. Now that the money is due to be repaid, these growers are using this complaint to avoid paying their debts.”

The farmers are seeking $1.1 billion, which stems from profits they allege CHR concealed from them when the profits should have been passed back to the growers, as well as punitive damages, according to a report from Texas Public Radio.

The complaint against CHR alleges “freight topping,” meaning CHR and its subsidiary Robinson Fresh allegedly overcharged produce customers for freight costs, then pocketed the additional profits and did not disclose the profits to the farmers, which is a violation of the Perishable Agricultural Commodities Act.