Though the outlook for the economy and trucking is somewhat dismal, many fleets for now are busy trying to manage a surge in load demand from grocers and retailers looking to restock empty shelves in the wake of panic buying of late by consumers.

Of the more than 300 respondents to a CCJ poll conducted last week, nearly 13% of carriers said business has spiked in recent days due to retail replenishment. Another 33%, the plurality of respondents, said business hasn’t changed and that they’re still running the same number of loads.

However, nearly half of respondents reported either a slight slowdown (27%) or a sharp decline (20%) in freight demand. The remainder of respondents said they’ve either sent office personnel home or had to lay off drivers already.

At once, like many other businesses across the world, truck fleets are having to maintain a balance of trying to continue operations while protecting their workforces from exposure to or spreading of the COVID-19 coronavirus.

So far, that means paring down in-office personnel and working in rotating teams, trying to find avenues for employees to work from home and trying to educate drivers on ways to limit their own exposure – despite being highly mobile and demographically at-risk for the virus’ most severe symptoms.

“One interesting thing we’ll have to keep an eye on is what’s going on with drivers,” said Jim Nicholson, vice president of carrier sales and operations for Loadsmart. “Essentially, many drivers are choosing to stay home. It’s certainly something we’re hearing from truckload carriers. Drivers can’t work remotely, so they face the decision to continue working or to stay home.”

Several carriers last week reported nearly 15% of their drivers had opted to stay home, Nicholson said. How much that will impact industry-wide capacity is unclear, he added.

As of early last week, “our communication [to drivers] is to limit exposure and contact in truck stops the best you can,” said Amanda Schuier, senior vice president at Quality Transport Company, a 31-truck fleet out of Freeport, Illinois. Her fleet’s been busy managing an influx of loads bound for grocer and retailer distribution centers. The fleet’s in-office personnel are working from home, but “most of my drivers seem to want to continue to do their jobs the way they always do,” she said.

Though a growing list of states across the country are issuing shelter-in-place orders, trucking operations have been deemed essential and are exempt from those orders, said attorney Jim Sullivan, partner at the firm Fisher Phillips.

A major hurdle so far for fleet operations and the supply chain has been new social distancing policies instituted at shippers and receivers, he said, which are exacerbating detention times by metering truck loadings and unloadings, “and it’s bogging down the system a little bit,” he said.

Schuier reported the same, noting that one of her drivers spent two days awaiting an appointment for a load at a Costco distribution center in California after the driver initially happened upon a 200-truck line waiting to unload.

Fleets should be extra cautious as to prevent the spread of the virus among their in-office employees, said Sullivan. If anyone exhibits signs or symptoms, they should be out of the office for two weeks to self-quarantine, he said, as should anyone they’ve been in contact with.

The infection’s spread “would be a snowball effect that could end up shutting down operations because you don’t have any dispatchers,” Sullivan said. “In-office staff are incredibly important, and they do work [physically] close together.”

Many fleets have had to adjust “on the fly” the past two weeks, said Max Farrell, CEO of Workhound. The company communicates daily with motor carriers and employees and conducts surveys of fleet personnel. “What I’m seeing is that a lot of these companies do not have a good remote culture in place yet,” he said. “But that’s the complication of running an asset-based company. It’s tough to do remotely.” For instance, many dispatchers use several large monitors, he said, “and it’s tough to create that same experience at home.”

Some fleets he’s talked to are trying to divide their associates into teams to rotate in and out of the office for two-week periods as long as the current distancing requirements remain in place.

“We won’t know if we’re overdoing it,” said Sullivan, “but we’ll know if we don’t do enough. That’s the same attitude trucking companies should take in respect to their office staff. If somebody’s sick and you don’t really know if sending them home is the right thing to do — do it. It’s not worth the risk.” 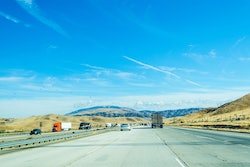 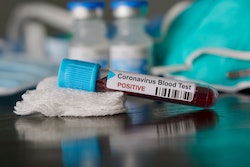