The used truck market is complex and can make it difficult for fleets to be sure they will get top dollar for their assets come trade in time. The pricing of used trucks is mostly dictated by supply and demand and the economic conditions at the time. However, vehicle spec, miles and condition also play a role in determining what an asset will be worth when it enters the secondary market.

Savvy fleets know the right spec is an essential first step in getting good value for a used truck. While fleets can’t completely shy away from new technology, they need to be mindful that not all new technology will be received well by second owners. Compressed natural gas (CNG), for example. While fleets that bought CNG-powered trucks initially seemed satisfied with their performance, the reality was those trucks did not have a good market value for most second owners, and fleets took sizable losses when they sold them.

When it comes to adding new technology, you need to make sure you do your homework to try to determine the right time to make those investments. Super singles are a good example of measuring your investment. Super singles provide fleets weight savings and some minor fuel economy savings, but can still be costly when selling into the used market as most owner-operators and other buyers do not like the spec. Some fleets that want to sell them quicker will pay to swap out the super singles for duals or significantly reduce the price against similar equipment out in the market with duals.

Fleets that invested early in automatic tire inflation systems and collision mitigation systems probably did not initially fare well in recovering those costs, however, used buyers are starting to come around. This is somewhat similar to the curve on automated transmissions where the early investors in that technology got hurt when taking them to the used market, yet today it hurts you if you have ordered a vehicle with a manual transmission.

In knowing these things, a carrier can measure the gained value to their fleet when investing and running those new technologies and measure that against the anticipated devaluation when they become used trucks.

Another way a fleet can get itself in trouble with used trucks is by taking an over allowance on the trucks during a tough year in the used truck market. Here’s how that works:

You take the deal, break even and everybody is happy. Not so fast. You will likely have to pay that additional $10,000 on the front end of your new truck purchase, or not receive the discounts that cash buyers are provided. In essence that means instead of the new truck costing you $130,000, it could be costing you $140,000. This creates a more expensive used truck when its useful life is over and you could be competing against lower priced trucks.

Due to the oversupply of vehicles that has built up since the beginning of last year, pricing of used trucks — especially Class 8 — is way down. While most fleets won’t get the price they hoped for their used assets, there are some things a fleet can do to wring as much value out of the truck as possible.

Here are three things fleets have control over:

Miles are probably the most important of the three as fewer miles equates to better value. If you have put excessive miles on your truck, you better have adjusted your depreciation to accommodate the loss of value in the used market or you could suffer book losses when you go to sell.

However, low miles are not worth anything unless the truck has been taken care of. Make sure you have maintenance records to show how the truck was cared for. Fix any obvious problems, like oil leaks and bad tires, before trying to sell the truck. Then clean and detail the truck. Your trucks need to show better than all the competitive trucks on the market.

In a troubled used truck market, the right specs won’t save you but they will create more interest in your trucks than other units with less desirable specs. When prices are free-falling, the name of the game is to move your trucks quickly. Better specs will focus buyers to your trucks first.

In a nutshell, if you have lower miles, you will get hurt less. If you have done a dynamite job taking care of your truck, you won’t get hurt as much. If you have really great specs, you are not going to be hurt as much and you will be able to sell the trucks. That is a really important when you are paying monthly depreciation, interest, insurance and licensing on a piece of equipment that may no longer be generating revenue.

Dale Tower is vice president of remarketing, AmeriQuest Used Trucks, a Corcentric Company. He has more than 30 years’ experience in the transportation industry. His primary focus is on the development and growth of remarketing services, which provides Corcentric (formerly AmeriQuest) and NationaLease members with a value-added service that frees them of the responsibility of selling their used trucks while obtaining higher gains. Tower previously held executive roles at TEAM Vehicle Sales, NationsRent, Budget Rent-a-Car, and Ryder System, Inc. 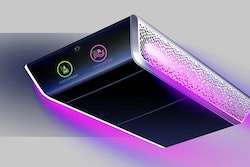 Cabin air filters can help in the fight against viruses, bacteria and fungi 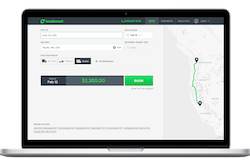 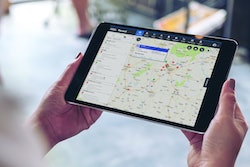