For Northeast Transport, out of Crawford, Maine, business was strong at the start of the COVID-19 outbreak.

The 35-truck fleet rode the early, albeit brief, uptick in reefer freight, but “as the shutdowns increased, the amount of available freight on the spot market had diminished,” said Rob Bisset, Northeast’s director of sales and logistics. When freight demand fell off a cliff, rates went with it.

With approximately 40% of Northeast’s backhaul freight relying on the spot market, the impact to revenue has been staggering, Bisset said.

The depressed rates environment, particularly on the spot market, has become a prominent theme for trucking in recent weeks, with many carriers crying foul on brokers, arguing that freight intermediaries are using current market conditions to squeeze them down on freight bills while boosting their own margins — reverse price gouging. Often, rates being offered don’t cover carriers’ costs, forcing them to choose between running at a loss or parking their trucks.

“It really seems that [brokers] are taking advantage of the market,” said Greg Dubuque, president of Liberty Linehaul West, which has a fleet of 40 trucks. “We’re lucky enough to have a few brokerage friends that are holding their rates where they need to, that understand the cost of running a truck up and down the road, and then there are those that really seem to be on the back side of price gouging.”

Dozens of carriers responding to weekly CCJ surveys in recent weeks have reported the same feeling — a sense of being taken advantage of by brokers, especially during a time when appreciation for the trucking industry is being poured out on social media and in the news, and as President Donald Trump himself took to the White House lawn to express gratitude to trucking.

“We have price gouging laws in place to prevent businesses from over charging for essential items when people need them,” said Aubrey Rife, president of TranZstar, a Warsaw, Indiana-based 16-truck fleet that runs tanker, refrigerated, dry van and specialized equipment. “Why are there not guidelines in place to prevent price gouging by a broker taking higher percentages off the top just because they have access to freight that a carrier doesn’t? If brokers were seeing a reduction in freight charges this would be a completely different conversation, but I don’t feel that this is the case.”

There are federal provisions in place that allow carriers to see what a shipper pays a broker for a load, so long as carriers don’t sign away that opportunity. You can read about that in full on CCJ sister site Overdrive. That could help carriers know which brokers to avoid, should they be unfair with a carrier in terms of rate offerings, but it doesn’t really help in negotiating a rate with unfamiliar brokers.

The country’s largest brokerage trade group has pushed back on the notion that brokers are gouging carriers. Though there are obviously bad actors in any industry, current market conditions are the true culprit in driving down rates, said Bob Voltmann, head of Transportation Intermediaries Association.

“There’s just not enough freight for all the trucks that want it,” he said. Likewise, he pointed a finger at shippers who are using current market conditions to get out of freight contracts. That forces more carriers onto the spot market and further exacerbates the supply-demand issues — too little freight, too many trucks. Brokers “are bidding for freight just like carriers,” he said. “No one is getting pre-COVID rates. No one is doing well right now.”

Some of the country’s largest brokers — C.H. Robinson, J.B. Hunt, Hub Group and Echo Logistics — reported margins below the 16% industry average in the first quarter, he said. “If the largest companies in the space aren’t increasing their margins, then margins are contracting. And that’s the reality,” he said.

Rates on loadboards like DAT and Truckstop.com have slid to five-year lows in recent weeks as the load-to-truck ratios on those boards has fallen off. Brokers and carriers work those boards, which rely heavily on spot market freight.

“The pendulum swings both ways,” said Ken Adamo, chief of analytics at DAT. For instance, he said, the sudden deluge of loads in early March — freight like bottled water, toilet paper and refrigerated foods — caused rates to spike on the spot market for a short period. “The same mechanics that pushed rates up have pushed them back down,” he said. “We’re going on three weeks of total evaporation” of the spot market.

Capacity is “grossly oversupplied,” he said, while freight movement is bare. The firm understands carriers’ position, Adamo said, but brokers are being squeezed too, with shippers pushing for cheaper prices and carriers pushing for higher prices. “They’re getting beat up on the sale and the buy side.”

Nonetheless, many carriers, especially smaller operations, feel they’re bearing the brunt of the market’s imbalance. “With all soft markets, there always seems to be a bunch of predatory brokers that take advantage of the situation,” said Northeast Transport’s Bisset.

As a motor carrier, TranZstar also works the spot market for backhauls. The rates being offered by brokers are below the fleet’s break-even point, Rife said. “It is laughable that a broker would even offer [those loads] for that price.”

The COVID economy has forced the carrier to more often turn to brokers to find freight, but if the current pricing scenario continues, Rife said the fleet will be forced to downsize.

Before the downturn, TranZstar was mostly hauling biodiesel in its tank trailers along with some local dry van loads. They’ve since shifted to take on more dry van business to keep trucks moving.

“We had a few [brokers] we dealt with regularly because they had lanes in the areas we took loads to,” Rife said. “There are a few that paid really fair rates before and have continued to do so since the pandemic. The large majority though have been awful since the pandemic has started and not only continue to pay lower and lower rates by the day but also refuse to answer calls or emails and have made it more and more difficult to get detention when our trucks are detained at facilities.”

Dubuque worries many operations like his – smaller carriers that rely on contract work as well as spot freight – won’t survive the current rates environment, and, right or wrong, he blames brokers. “The open market brokers are killing the small operator who may not be able to sustain themselves to get to a better day,” he said.

Some carriers are even advocating for regulatory intervention on rates to help keep a wave of trucking companies from folding.

“A cap on freight rates should be initiated now to keep rates from spiraling and losing trucks and companies,” said Pamela Davis of the Etoile, Kentucky-based 10-truck Ricky Davis Trucking. “Brokers have made good money off of carriers and I don’t see them backing down.” She advocates for a margin cap for brokers, suggesting a maximum 10% cut of what a shipper pays.

Dubuque would like to see increased transparency among shippers, brokers and carriers, but is leery of government intervention.

“I think there’s a common ground there where there should be some visibility to both the shipper and the carrier to what the broker is doing,” he said. “By no means do we want to go back to a rate regulated world where government sets pricing and then it is impossible for anybody to enter our industry, to be an independent to go into; that’s not what we want to see.”

When the free market and a pandemic collide: Is more oversight needed of trucking rates? 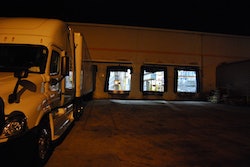 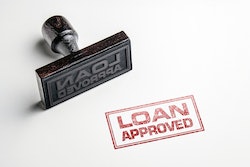