With the clock swiftly ticking toward the current highway funding law’s Sept. 30 expiration, the U.S. House on Thursday proposed a possible successor to the 2015 FAST Act.

Relative to trucking, the bill would derail the just-finalized rule by the U.S. Department of Transportation to institute changes to hours of service regulations by halting the regs from taking effect until DOT can undertake months of studies and reviews, if not longer.

The Invest in America Act also includes a long list of other trucking provisions, including those around carrier safety ratings, detention times at shippers and receivers, truck parking, lease-purchase agreements and driver training.

The bill, the text of which was released Thursday by the House’s Transportation and Infrastructure Committee, is likely on a fast track to nowhere, however, at least in the current Congress. The bill faces an uphill battle to clear the Republican-controlled Senate, especially in time for the FAST Act’s Sept. 30 expiration. Congress likely will need to pass one or more short-term extensions until it can iron out a longer-term highway bill.

However, the House bill does offer a preview of the direction Congress might head with any FAST Act successor.

Highway bills, such as the current FAST Act and its MAP-21 and SAFETEA-LU predecessors, are major vehicles for Congress to steer trucking regulatory policies. MAP-21 called for DOT to mandate the use of electronic logging devices, among other reforms. Likewise, the FAST Act pulled Compliance, Safety, Accountability (CSA) scores from public view and required the Federal Motor Carrier Safety Administration to overhaul the CSA program.

Outside of the likely unpopular provision to delay hours of service reforms finalized just days ago after two years of regulatory work by DOT, the House’s Invest in America legislation with other trucking policy provisions, highlighted by:

Truck parking. The bill designates $250 million for grants to construct parking areas for commercial trucks. That would include rest areas, as well as new lots adjacent to existing public and private parking facilities such as truck stops, warehouses, distribution centers and weigh stations, as well as “turnouts,” the bill says, along existing federal highways. The grants also could be used on technologies that help drivers find parking via notification systems.

Detention pay and limits. The bill calls for FMCSA to issue a rule that sets limits on how long drivers can be detained at shippers and receivers without being paid for their time. While the rule likely would put the onus on carriers to pay drivers for that detention time, if they don’t already, it also likely would give carriers strong leverage to work with shippers and receivers to cut excessive dwell time at docks.

CSA and Safety Fitness scores. Though FMCSA in 2017 scrapped a rule to overhaul how it rates carriers for compliance interventions and out-of-service orders, the House’s Invest in America bill calls for the revival of the Safety Fitness Determination rule. Likewise, it would require FMCSA to institute, within a year, a new scoring methodology for the CSA program and for its scores to again be made public.

Truck leasing arrangements and driver training. The bill would require FMCSA to establish a task force on lease-purchase arrangements between carriers and independent contractors to study predatory leasing agreements and whether new laws or regulations are needed to “promote fair leasing agreements,” the bill states. The legislation also would require the agency to give quarterly progress reports on the entry-level driver training rule that was delayed in January until 2022. 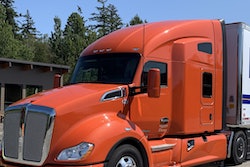 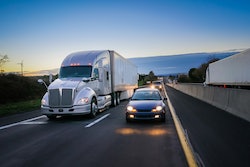 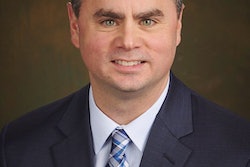