Drivers can sign up for settlement payouts in Prime, Inc. case
More than 40,000 truck drivers are eligible for at least a $100 payout from Prime, Inc., as part of its settlement over driver misclassification and other wage claims.

A court approved the Springfield, Missouri-based fleet’s proposed $28 million settlement that was announced in July. Though that translates to an average of $700 per class member, payouts will be awarded based on tenure at the company and type of employment, so some drivers are likely to receive more than that average, and others less. All class members will receive at least $100.

The settlement covers all drivers who were trained at Prime, Inc., or worked at the fleet as a company driver or independent contractor between October 2012 and May 2020. Class members must file their claim by December 7, and a court hearing will be held in January to approve the final settlement and the class. Drivers can visit primetruckingsettlement.com to file their claims. Notices of claim eligibility were sent to class members October 5, according to attorneys handling the settlement.

The payout stems from two cases, Oliveira v. New Prime and Haworth v. New Prime, which have been combined into one case to settle both lawsuits. Oliveira, a leased-operator who claims he was misclassified as an independent contractor, forced a procedural matter in his case — whether truck drivers are bound by arbitration clauses — all the way to the U.S. Supreme Court in late 2018. The court ultimately ruled in his favor in February 2019.

Former Mack president joins EV startup
Denny Slagle, who retired in 2018 after serving for a decade as executive vice president of Volvo Group and president of Mack Trucks, has joined electric vehicle startup Trova Commercial Vehicles as a senior adviser.

TrovaCV launched this summer to provide commercial vehicle manufacturers with customized engineering, design and manufacturing expertise for fully electric commercial vehicles while at the same time developing its own new electric vehicle from the ground up. Slagle will join the company’s newly formed advisory board, which the company expects will include industry leaders with a variety of expertise and proven experience.

Among Slagle’s accomplishments in his 10 years as executive vice president of Volvo Group and president of Mack Trucks included managing the Volvo Group’s South American truck business and leading Mack through economic challenges and the implementation of aggressive emissions regulations. 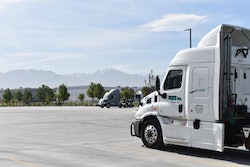 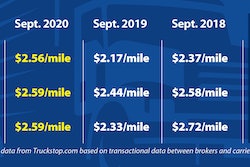 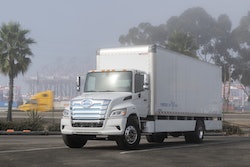