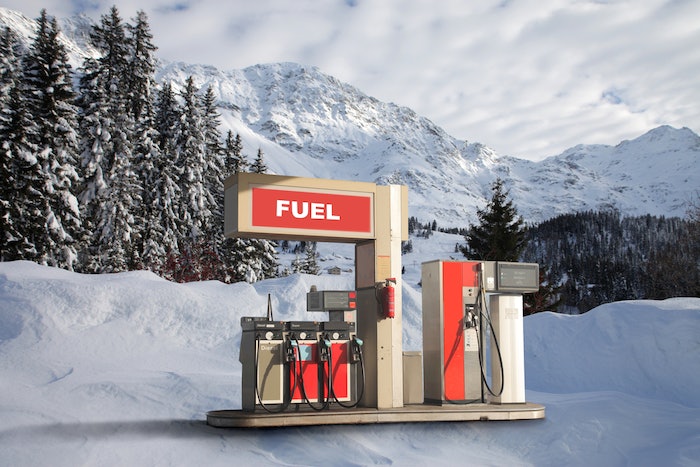 Winter’s approach brings truck fueling systems into a different focus. Although fuel filters and water separators get routine checks year round, as ambient temperatures begin to drop, the actual fuel in the tank requires more attention.

When temperatures begin to fall, the quality of fuel plays a big factor in how quickly it begins to fall out of spec, said Eric Trimble, marketing manager for Lubrication Specialties Inc. 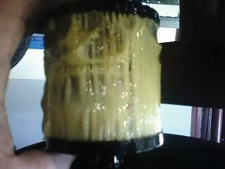 Ultra-low-sulfur diesel No. 2 contains natural combustible paraffin wax molecules, which make up a portion of the fuel’s energy content. Colder weather can cause the paraffins to drop out of the fuel and gel together, causing the fuel to become cloudy, otherwise known as the Cloud Point. As temperatures continue to drop, lumps of gelled paraffin can form larger chunks, restricting fuel flow, clogging filters and causing the Cold Filter Plug Point (CFPP).

Rob Howes II, executive vice president for Howes Products, said a quality preventive anti-gel additive works by modifying the shape and structure of the naturally present wax paraffins in diesel fuel, encapsulating them to prevent them from binding together when they inevitably fall out of the fuel at extreme cold temperatures, allowing the wax to pass through fuel filters despite having fallen out of solution.

“This is why even treated diesel fuel will look cloudy at cold temperatures,” Howes said. “Even the additives themselves will have a cloudy appearance at cold enough temperatures. This is all part of the process.”

According to fuel supply and logistics provider Mansfield Energy, the difference between the Cloud Point and the CFPP varies depending on geography and fuel quality. When treated properly with winter cold flow additives, however, the CFPP will be about 18 degrees below the Cloud Point. For example, if fuel is treated with additive and gets cloudy at 10 degrees, then filters will plug at -8 degrees.

“The quality of diesel fuel varies from state to state,” Trimble said. “In fact, it can vary from station to station, which makes understanding exactly what type of fuel is running through your motor kind of difficult.”

For carriers with planned routes that start in warmer climates but travel through colder areas, fuels can be substantially different in each region, Howes said. “In the colder climates, you will come across winter blends of fuel that are inherently better at handling the harsh temperatures, and they can range from better cuts of fuel to fuels that have small amounts of preventive additive in them already,” he said.

However, the name “winter blend” can be misleading. “While the fuels may have some amount of treatment, it is almost guaranteed not to be enough to provide adequate protection from the cold,” Howes said. “They are, however, a much better starting point than what you will see in warmer-weather climates from the warmer-weather regions, so when used in conjunction with a quality preventive additive, you’re going to find you have some serious cold protection.”

Trimble recommended a fuel filter change before temperatures fall precipitously and running a strong detergent additive through the fuel system to remove any contaminants and moisture from the tank and lines. Finally, add a diesel anti-gel additive to lower the fuel’s CFPP and pour point.

Pour point is when liquid loses its flow. Once diesel fuel gels, it has reached its pour point, and fuel cannot flow through the system. Jon Salter, director of shop operations for Pilot Flying J Truck Care, said an additive that will re-liquefy gelled fuel and de-ice frozen fuel filters will be needed.

Trimble suggested that carriers look into fully formulated winter treatments that not only prevent gelling issues but also offer benefits such as increased fuel economy and power, less wear and better cold starts.

“Many anti-gel additives available are just that — only an anti-gel,” he said. “Some fleets may only be concerned with gelling issues and opt for an ‘anti-gel only’ additive. However, these single-solution additives do not always provide the best cold-weather operability. Users are encouraged to do their research and choose the best additive available to them in terms of cost and function.”

Howes said a quality winter preventive additive will have additional benefits such as added lubricity and a detergent that keeps the fuel system and injectors clean, adding that it is important in colder-weather climates to add it when filling up.