He anticipates that motor carriers will not be paying lumpers much longer, however.

Quinn, general manager of refrigerated truckload carrier R.E. Garrison, based in Vinemont, Alabama, (CCJ Top 250, No. 140), compares lumper services to “ransom schemes” that put carriers in the middle of haphazard transactions between receivers and shippers.

The owners of lumper services, he  believes, are often friends or relatives of the managers at delivery locations. The perception is that workers are getting paid under the table and giving managers kickbacks, owing to the fact that many lumpers accept only cash or Express Codes from Comdata and similar payment systems.

“It’s a very shady situation,” said Robert Savage, vice president of transportation, North America, at Del Monte Fresh, a shipper of fresh produce. “I don’t know how it started. [Receivers] are charging for their own product to be brought in. What does that have to do with transportation? Why have the driver pay it?”

Del Monte Fresh pays lumper fees on approximately 40% of its 18,000 monthly domestic refrigerated truckload shipments, he said. The fees average $90 per delivery, and amount to $2.8 million per year. The company has seen lumper costs increase by more than 100% over the last 12 months.

The company pays fees as a shipper and motor carrier. Its private fleet, Tricont Trucking Company, is unable to have its own drivers unload trailers because receivers have social distancing rules. Lately, some receivers have been detaining trucks between 8 and 12 hours due to dock labor shortages, he added.

Audits by Del Monte Fresh have found that lumper fees are inconsistent, Savage noted. Some fees include charges unrelated to labor such as for damaged pallets and missing packing slips.

John Miller, president of Plains Dedicated, a 31-truck refrigerated carrier based in Championsgate, Florida, has found another item of concern. Past audits of lumper transactions have found drivers submitting fake lumper receipts to pocket money, he said.

“It’s a sheisty business,” said Miller, who refers to lumper schemes as “the last stronghold of dirty trucking.”

Motor carriers might be wondering how much longer they will be caught up in the middle of these transactions. Fleet executives interviewed by CCJ believe the endgame will be similar to how they escaped the albatross of pallet exchanges by the start of the 21st century.

Getting out from the middle
One reason why carriers are in the middle of lumper transactions is because shippers would have far more administrative work by dealing with lumpers directly. Reimbursing carriers as part of the freight invoice process is much easier, Miller explains.

About 85% of loads for Plains Dedicated in the refrigerated sector have lumper fees that average $250 per load. This is a lot of money to float when credit is tight for small carriers. “It is not fun to cash float trucking,” Miller said.

On a positive note, Miller said carriers generally benefit from the contract labor of lumpers.

“I feel like a lumper unloads faster than an employee,” he said. “The lumper has a vested interest, but I still think it needs to go away.”

T.J. Hunt, senior operations manager of Navajo Express (CCJ Top 250, No. 126), agrees with the efficiency advantage of lumpers, but would like to get out from the middle, which involves getting fees pre-approved by shippers and collecting and processing receipts from drivers.

The process causes “quite a few headaches” for the Denver-based fleet with 1,000 trucks, he said.

For Navajo, the fees are typically between $270 and $300. Hunt has noticed the inconsistency with fees tending to be much higher in the Northeast.

Because drivers are involved in the payment process it can create another source of friction in the workforce, especially when drivers lose receipts.

C.R. England’s over-the-road (OTR) division pays lumper fees on about 12% of its loads. The average lumper fee is $190, said Ron Hall, vice president of equipment and fuel at the Salt Lake City-based refrigerated truckload carrier (No. 26).

“We hate the fact that we’re in the middle,” Hall said.

When drivers arrive, they have to line up a lumper and pay a fee. To get the funds, the driver needs to contact the carrier and get an Express Code for the fee amount. The driver gives this code to the lumper who writes it on a paper Comchek and calls Comdata to authorize the transaction, Hall explains.

Express Codes given to drivers are treated as cash advances. Without submitting a receipt, the driver could potentially not be reimbursed, but C.R. England won’t let that happen, Hall noted.

“We’re going to make sure to help the driver get a receipt,” he said.

Besides floating the money and managing driver cash advances and receipts, the back-end accounting work is “an unnecessary process,” Hall said. “It should be something warehouses manage and pay for as part of the ultimate process.”

To remove friction from the payment process, driver managers at Navajo Express scan all loads that deliver after business hours to ascertain if any require a lumper fee. Driver managers will preload funds to a driver’s cash card for payment.

“We try to make it smooth and seamless, but there is still paperwork,” Hunt said. Like many carriers, Navajo has a mobile app that drivers use to scan receipts for proof of delivery and reimbursement.

Learning from pallet exchanges
For carriers, the endgame of paying lumper fees could be similar to the demise of the pallet exchange process with shippers and receivers.

Like many carriers, C.R. England used to provide pallets for a high percentage of its loads. Over time, pallets migrated to being a warehouse function, and “we’d like to see the same migration on lumpers,” Hall said.

As Quinn recalls, the theory of pallet exchanges worked like this: carriers exchanged 20 empty pallets at every delivery to save time. The cost of the pallets was included in freight rates but the accounting created chaos, he said.

Carriers started charging pallet surcharges on loads. By the early 2000s, shippers and receivers that absorbed the cost of pallets received more capacity from carriers who wanted out of the pallet business.

Just as carriers had a pallet surcharge they should have a lumper surcharge, Miller said. Navajo Express is charging an administrative fee for lumpers, Hunt noted. Lamar Quinn has seen carriers adding a lumper service fee of $7.50 per transaction, on average, to incentivize the shipper to keep the issue on a front line of their P&L “to expedite a total carrier removal from the lumper process in the near future,” he said.

Carriers are also measuring customers and consignees with “scoring cards” that include velocity, accounts receivable, dwell time, driver likability and labor, he added. Most major shipper brands are taking control of labor costs by incentivizing consignees to purchase their goods, all in, with delivery costs included.

“This provides a fixed cost to the shipper and removes the burden from the carrier. The carrier gets detention if delayed,” he said.

“In these relationships, the carrier is totally removed from labor, and the shipper enjoys the freedom of no detention cost,” Quinn said. “I believe these types of relationships will continue to grow as larger clients plan their expansion with parking and drop lots.”

To offset the carrier cost of the additional equipment, some customers are willing to pay a spotting fee or trailer rent on a monthly basis. Seeing the progress leads Quinn to make a bold prediction: “I believe labor will be completely removed from the carriers responsibility by the end of 2022.” 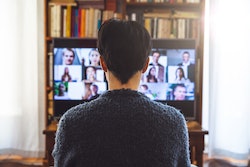