Diesel fuel prices across the United States jumped another 11.4 cents during the week ending May 9, bringing the national average to another record high at $5.62 per gallon, according to the Department of Energy's Energy Information Administration.

The nation's most expensive diesel can be found in California at $6.46 per gallon, followed by New England at $6.34 per gallon.

ProMiles’ numbers during the week ending May 2 saw fuel prices increase by 28.5 cents, bringing its national average to $5.44 per gallon.

FMCSA identified Jaypur Logistics for investigation based on the carrier’s widespread violations documented by FMCSA and its partners during roadside inspections. According to FMCSA, Jaypur Logistics had almost double the national average vehicle out-of-service rate (40%) and over five times the national average driver out-of-service rate (31.1%).

During its investigation, FMCSA charged Jaypur Logistics with "a severe lack of oversight of its operations," noting the carrier could only identify a fraction of the drivers and vehicles operating under its authority and was not even aware its drivers had hauled hazardous materials.

"Jaypur Logistics failed to ensure its drivers were eligible to drive, allowing six drivers who were already prohibited in the FMCSA’s Drug and Alcohol Clearinghouse to operate on its behalf," FMCSA wrote.

FMCSA’s imminent hazard out-of-service order states that Jaypur Logistics’  “…complete and utterdisregard for the [federal safety regulations] substantially increases the likelihood of serious injury or death for your drivers and the motoring public if your operations are not discontinued immediately.”

Another recall affects approximately 45 model year 2022-2023 International HV and MV trucks, along with 2022 IC Bus RE models, built without a forward radar unit. The recall states that the warning label notifying the driver that the collision mitigation system is inoperative may be missing.

Dealers will inspect and tighten the caliper mounting bolts, as necessary, free of charge. Owners can contact DTNA customer service at 1-800-547-0712 with recall number FL-930. NHTSA’s recall number is 22V-299.

NFI (CCJ Top 250, No. 21) is increasing its investment in electromobility solutions with its latest order of 60 Volvo VNR Electric trucks.

The battery-electric trucks will be deployed in NFI’s Ontario, California, fleet throughout 2022 and 2023, in support of its goal of operating the first 100% zero-emission freight logistics fleet in the nation.

“Volvo Trucks is proud to continue partnering with NFI on its electromobility journey as the company truly demonstrates its leadership and commitment to supply chain sustainability,” said Peter Voorhoeve, president, Volvo Trucks North America. “NFI’s order of 60 Volvo VNR Electrics is a testament to the positive results fleets are experiencing with Volvo Trucks’ electromobility solution, and a signal to the market that local and regional freight transport can be reliably accomplished with zero-tailpipe emissions.”

“Our experience with the Volvo LIGHTS project was a major factor in NFI’s decision to purchase VNR Electric trucks for our drayage operations,” said Bill Bliem, senior vice president of fleet services at NFI. “NFI started our electrification transition because we are committed to sustainability initiatives across our operations, and we are continuing to invest in Volvo Trucks because of the proven viability and success we have had operating the Volvo VNR Electrics in our real-world routes.”

The 60 trucks ordered by NFI are the next generation enhanced Volvo VNR Electric model with a six-battery-pack configuration, which provides an operational range of up to 275 miles. The enhanced Volvo VNR Electric, which began production in Q2 2022, also reduces the required charging time, as the state-of-the-art 250kW charging capability provides an 80% charge in 90 minutes. 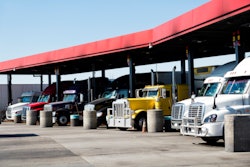 What's up with diesel prices? 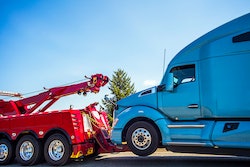 How fleet managers can use data to save their company money 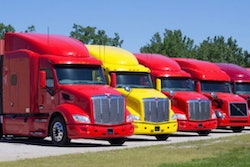 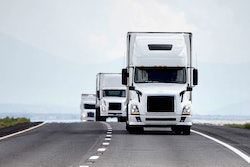