It’s said that the mail must go through, and Lew Flowers has become one of the folks that helps keep that adage true. But there’s more to his story.

As a young man growing up in the Tidewater area of Virginia, Flowers had enormous respect for his father—who was a local bridge and tunnel maintenance manager—and for his dad’s love of restoring boats. Eventually Flowers got his own small boat and came to enjoy fishing, crabbing and all the other pleasures afforded by the Chesapeake Bay.

In high school, he played “a little football,” and played tenor sax in the school band. But it was his interest in engines that led him to become a diesel mechanic trainee throughout high school and college. He has since become multiple-ASE-certified in Automotive and Heavy Truck Repairs.

After maintenance management and training stints at United Parcel Service and the U.S. Department of Justice, Flowers became a training developer at the USPS in Oklahoma, and has since become the vehicle maintenance manager there, responsible for more than 2,100 vehicles, 51 employees in three locations, and a $5 million budget.

Seeking ways to improve and share his knowledge, he joined the Society of Automotive Engineers, the Clean Cities Coalition, the Oklahoma Trucking Association, and TMC, where he earned the Silver Spark Plug in 1997, became General Chairman the same year, and recipient of the Peggy Fisher Leadership Award in 1999. Few would argue that he has become one of TMC’s most respected members.

Flowers lives in Oklahoma City with Tammy, his wife of 36 years, and their poodle, Spanky. They have a grown daughter and son, and three grandchildren.

Flowers is active in his church, and he enjoys golf and driving his RV to University of Oklahoma football games. 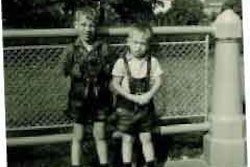 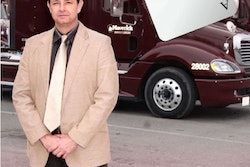