A couple of years ago, O&S Trucking President Jim O’Neal and other executives of the Springfield, Mo.-based truckload carrier recognized several important trends. First, for the foreseeable future, the trucking industry would be limited to current size and weight regulations; even if Congress adopted legislation to authorize 97,000 pounds on interstates, for example, it would take many years to get states to go along. Second, diesel prices would continue to rise. And finally, the high demand for trucks in the middle part of this decade was not a permanent condition. On top of all of this was the increasing interest among shippers in demonstrating a smaller carbon footprint.

O&S Trucking’s challenge was to find a way to be more efficient in the face of limited truck productivity and rising fuel prices and to offer greater value to customers in a competitive environment. What developed was a plan to pursue greater payloads so it could haul the same freight in fewer trips.

Making the MegaTruck
O&S Trucking didn’t come to this decision in a vacuum. One of its most important customers, Kraft, had been working toward a similar goal of maximizing payload as a way not only of saving money but also of reducing the company’s carbon footprint. So nearly two years ago, O&S Trucking and Kraft and other Fortune 500 companies began to collaborate on what the trucking company today calls the MegaTruck program.

The goal of the MegaTruck program was to produce a tractor-trailer combination that maximizes payload capacity. Building such a truck isn’t especially difficult, but it is expensive. And once you maximum capacity, you must ensure that you don’t waste it, which is where the real challenge lies. That’s why collaboration with Kraft in launching the program was key, says Rick Johnson, chief operating officer of O&S Trucking. You can realize the potential efficiencies only if you run higher-payload trucks within a captive network that keeps them fully utilized, he says. That means working with customers that have opposing volumes or that can at least keep two out of three legs fully loaded.

“Rarely do we cube out – we usually weigh out,” Johnson says. “The question was, ‘How can we exchange steel and aluminum for more freight?’ “

The challenge is especially high for refrigerated carriers, Johnson says. Even small cracks and breaks in trailer walls let in moisture that accumulates in the insulated foam and never goes away. Over time, a trailer could gain 1,000 pounds in water, which also reduces the thermal efficiency of the insulation, he says. In response, O&S Trucking has taken its trade cycle on refrigerated trailers from seven years down to 54 months.

Most of the weight savings in the MegaTruck come from the tractor, but a crucial trailer specification is 2-inch insulated walls, Johnson says. That gives O&S Trucking just enough space to pinwheel pallets, allowing it to put two more pallets on a trailer.

Other weight savings on the trailer include wide-base single tires on aluminum wheels, center fuse drums and aluminum crossmembers. Even with the addition of a tire inflation system to help with the wear pattern on the wide-base singles, the MegaTruck trailer weighs just 14,000 pounds with a full tank on the reefer unit compared to 15,500 pounds for the regular specification. The premium for the MegaTruck trailer is fairly small at about $2,000.

On the tractor, a critical element is adjusting the weight distribution, Johnson says. “The only way to trade equipment weight for product weight is to move product forward.” So for the MegaTruck, O&S Trucking redrilled the frame rail to allow the trailer to move six inches closer to the tractor than the closest position on the factory-built unit. The carrier’s truck suppliers warned that this was a bad idea because the reefer unit likely would bump against the back of the tractor, Johnson says. “But we have been doing this for over a year and haven’t had a problem.”

To reduce tractor weight on the MegaTruck, O&S Trucking switched to a 48-inch mid-roof sleeper rather than the 72-inch sleeper in its regular spec. Net of the additional roof fairing for aerodynamics, the new configuration and related interior changes saved about 1,100 pounds. Other elements of the MegaTruck tractor spec are wide-base single tires on aluminum wheels, aluminum crossmembers, aluminum bell housing and fuel tank capacity of 150 gallons. “There’s a lot of aluminum in that truck,” Johnson says.

O&S Trucking even limits the driver and his belongings to 600 pounds. “These drivers are on more of a short tether because they are on a more predictable lane,” Johnson says. “We don’t want them hauling all that excess weight.”

The MegaTruck tractor weighs about 16,000 pounds with driver and fuel compared to 19,000 pounds with the regular spec. Despite the more expensive lightweight components, the cost is about a wash due to the smaller sleeper compartment, Johnson says.

Altogether, the MegaTruck combination weighs about 30,000 pounds compared to 34,500 for normal O&S Trucking tractor-trailers. With the weight distribution and new loading pattern, the carrier is seeing some loads as high as 49,500 pounds.

Rolling it out
Because a captive operation with dependable volume is critical to the MegaTruck program’s success, O&S Trucking has rolled it out slowly since it officially launched the program last summer. To date, O&S Trucking and its customers have been using the MegaTruck mainly for dependably high-volume moves between customer distribution centers, but it is beginning to work trips to its customers’ customers into the pattern.

On a day-to-day basis, the key executives implementing the MegaTruck program include David Corsaut, chief executive officer; Dave Samford, vice president of sales; and COO Johnson. Although President Jim O’Neal remains involved with the company, especially with “big picture” issues, he has other things to worry about. Last month, O’Neal was elected mayor of Springfield, Mo.

O&S Trucking’s executives recognize the typical objections to spending more money on equipment that will reduce the number of revenue loads. But Johnson sees that the alternative to offering greater value is just to cut rates, so the risk isn’t really that significant, especially if you are growing your business and fleet. Besides, if you can’t maximize payload, you can recoup some of your investment in lighter trucks through lower fuel use, he says.

“Anybody can beat a carrier up over 10 cents a mile,” Johnson says. “This gives you a unique position in the market. It’s not just price – it’s value. I haul in nine loads what it takes 10 loads for them to do. And it helps the customer to do what it needs to reduce the carbon footprint.” 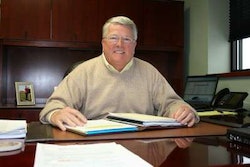 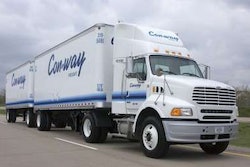 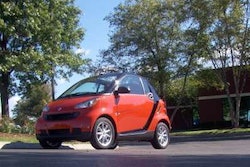 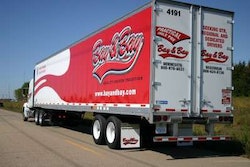