Last week’s CCJ Innovators Summit reminded me that I have a nominee for the trucking innovator of the century, and that’s basically the full history of the industry. The punchline is that he’s arguably more famous for the freight innovations he pioneered after he left trucking.

I refer to Malcom McLean, who’s often called the ‘father of containerization’ and ‘the man who made globalization possible.’ And I learned about him through a book I’m recommending to anyone in trucking and freight transportation today: The Box: How the Shipping Container Made the World Smaller and the World Economy Bigger, by Marc Levinson.

The book came out several years ago, but I only picked it up recently, after Bill Gates named it one of the best books he’d read in 2013.

And while the story is about much more than McLean, the trucker-turned-shipping magnate is the heart of the book.

For those of you who’ve been around the industry for a while, you’ll know McLean from his trucking days.

And his story, at least the beginning, is not unusual in trucking: A hard-working young man with little formal education sees an opportunity to provide his employer, a filling station owner, with better service at a lower price – so McLean buys an old truck to deliver the station’s oil and the rest, as they say, is history.

By 1935 , at 22, McLean owned two trucks and one tractor trailer, employed nine drivers who owned their own rigs, and had already hauled steel drums from North Carolina to New Jersey and cotton yarn to mills in New England, Levinson writes.

By 1940, as war loomed and the economy recovered from the Depression, McLean Trucking owned 30 trucks and grossed $230,000.

During the early 1940s, he fought a massive merger among seven of his competitors all the way to the U.S. Supreme Court. He lost, but by war’s end in 1945 McLean controlled a thriving business with 162 trucks, mainly hauling textiles and cigarettes from North Carolina to Philadelphia, New York, and southern New England.

“McLean, already wealthy at age thirty-four, viewed this as just a beginning. As he wrote a few years later, ‘I saw that my only opportunity was to build and build and build, make a big trucking company out of a relatively small one.’”

Of course, these are the early days of regulation under the Interstate Commerce Commission and the federal Motor Carrier Act of 1935. “Showing the sort of ingenuity that would characterize his career, McLean found ways around the regulators’ obstacles,” Levinson writes. If he needed to expand his routes, he bought carriers with the desired authority, or leased them. Fractious labor battles were opportunities, not obstacles.

Despite having to get ICC rate approval, McLean nonetheless undercut competitors with optimized routing and profitable backhauls.

His company was the first to automate terminals, to adopt diesel engines for its fleet of tractors and to commission aerodynamics studies on trailers. He also instituted driver safety bonuses.

The bright young management trainees he hired first had to learn to drive trucks and haul freight; after that, they were moved to terminals to load and unload. Only then were they allowed into the office to learn the McLean way of selling freight services.

By the early 1950s, with highway congestion an increasing concern, McLean began work on what would become his legacy: seamless intermodal shipments. And while his initial, very simple idea didn’t pan out (he just wondered why he couldn’t drive a trailer straight onto a ship and then drive it off on the other end), the subsequent iterations revolutionized freight movement and made international transportation costs virtually a non-factor in global trade.

He didn’t invent containerization, exactly. Various forms of the idea had been floating around for at least 100 years. But McLean made it work through a combination of the same cleverness, determination and willingness to risk his fortune – or his bankers’.

He battled regulations, unions and international standardization committees, none of which was particularly capable or inclined to handle the sweeping innovations McLean sought to introduce.

“Many experts considered the container a niche technology, useful along the coast and on routes to U.S. island possessions, but impractical for international trade. The risk of placing multimillion-dollar bets on what might prove to be the wrong technology was high,” Levinson writes.

In buying a struggling shipping line, he discovered the entire culture was too slow moving and tradition bound for his taste. He brought in a team of “aggressive young trucking executives” to right the ship, so to speak.

McLean wanted people who were “smart, aggressive, and entrepreneurial.” These prospects were given intelligence and personality tests – rare in the 1950s.

And education did not matter. Indeed, new hires were advised “to fracture their grammar to fit in with a crowd of truckers.” A naval architect and an MIT grad recalled pitching pennies during breaks. “They don’t teach you to pitch pennies at the Wharton School,” he said.

Much of what McLean taught his executives was not found in textbooks, of course. The key to his success was seeing clearly what others, distracted by the usual ways of doing business, seemed to miss – or worse, rejected.

“Malcom McLean’s fundamental insight, commonplace today but quite radical in the 1950s, was that the shipping industry’s business was moving cargo, not sailing ships,” Levinson writes.

For those interested in reading The Box, a complete PDF copy is available online, but I hesitate to provide that link because I’m not sure it’s supposed to be so easily google-able. Instead, I’ll point you to the author’s site and the book’s Amazon.com listing. 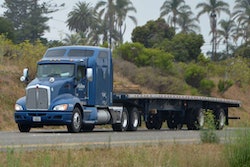 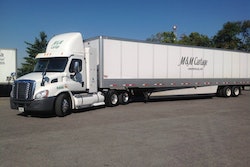