The nearly 1 million-square-foot manufacturing facility includes a body shop, paint shop, general assembly shop and logistics center equipped to produce Class 6-8 vehicles, including electric vehicles. The plant is a sustainable baseline facility in site, building and process practices, to serve as a benchmark for Navistar’s manufacturing network. Production began in January. Notably, the first vehicle to roll off the line was their all-electric eMV.

An expansion at the plant is already underway and is expected to be completed in six months to support additional EV production. In the meantime, EVs can be manufactured alongside their ICE counterparts. The plant is currently producing roughly 56 trucks a day.

Zero emission truck production ranks high for Navistar according to CEO Mathias Carlbaum who told reporters and others gathered for the ribbon cutting that zero-emission trucks will comprise half of their overall production numbers at the new plant by 2030.

"We bring here a modern company, a forward leaning company, into clean and safe technology, a company with strong aspirations to be the future leader in the transformation of transportation," Carlbaum said. "In the coming ten years, more will happen in the transportation sector than has happened in the last hundred."

While respectful of other manufacturer's plans to pursue propane and compressed natural gas as bridge fuels to zero emissions, Navistar is putting all their chips on all-electric. Also, given the greater complexity and cost of fuel cell trucks versus all-electric, they also view hydrogen as a bridge to all-electric.

However, fuel cells still have their place. Though Navistar has no plans to produce fuel cell trucks, they’ll be rolling out fuel cell forklifts and even producing their own hydrogen on site. Additional energy will be captured from a truck dyno and put back into the grid.

Mark Hernandez, executive vice president of Navistar's global manufacturing and supply chain, explained they’ll initially be making hydrogen from natural gas while pursuing the lowest carbon intensity value possible. That includes remaining vigilant on sourcing hydrogen from renewable natural gas, a methane-based fuel that the California Air Resources Board has designated as having the lowest carbon intensity score of all transportation fuels.

Hernandez added that the State of Texas has been proactive in offering the plant clean sources of energy produced by windmills and solar panels. Hydrogen produced through these green power sources will help to further lower the plant’s carbon footprint.

While labor shortages continue to impact companies across the country, Navistar has seemingly dodged that bullet at its new plant.

"San Antonio has been a fantastic location for this factory," said plant director Rod Spencer. "We have, at this point, been able to hire 500 employees. We have only 125 to go before we reach our goal. I've heard so much in the news about hiring challenges and difficulties. We have had a tremendously positive experience in the community."

“We will use Industry 4.0 technologies, the Internet of Things,” Hernandez explained. “All of our equipment will be connected as well as our information flow so that we can react to situations on the assembly line as they happen in real time and not wait until the production meeting the next day after we produce 50 vehicles that may have an issue. We will know it on the first vehicle and we will take action so that the quality level in San Antonio will be very, very high.”

Lessons learned at the plant will be taken to Navistar’s five other manufacturing facilities. “This will be the benchmark, the pilot, the foundation for what we do going forward,” Hernandez said.

The San Antonio Manufacturing Plant was constructed with efficient energy use goals in mind. As part of the U.S. Department of Energy’s (DOE) Better Buildings, Better Plants Program, Navistar has committed to reducing energy intensity in San Antonio and other U.S. plants by 20% by 2030.

The plant will serve as Navistar’s benchmark for lean manufacturing principles to eliminate waste, improve product quality, drive operational efficiency and reduce cost and time. Industry 4.0 principles have been incorporated to connect digital and physical technologies, allowing the plant to be more connected and easily make data-driven decisions. Operating with a data-driven approach helps to focus on sustainability goals and metrics in addition to supporting a leaner manufacturing output.

"With the cloud, with information, with data, with technology, with data, with digitization in our facilities, we're looking at the future," Hernandez said. "Is the future here today? No. We're just laying the groundwork for the future. We're in step two of twenty. With San Antonio, you'll see that the technology is setting us up for the future of analytics, artificial intelligence and machine learning for the future to come not only in manufacturing but supply chain as well."

In the future, Navistar plans to begin operations at the Advanced Technology Center (ATC) on-site, which accelerates implementation of emerging technologies and Industry 4.0 technologies within the commercial trucking space. The ATC is focused on product development, testing and validation efforts supporting the company’s strategy, and will be a key location for future research and development footprint with a focus on zero-emission components, software and autonomous technologies. 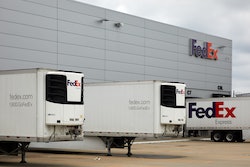 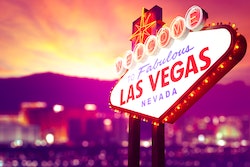 Buckle up for TCA's annual convention 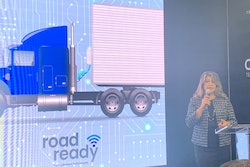 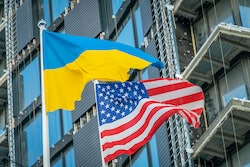