Manufacturers' inability to source components, inhibiting their ability complete builds of trucks and trailers, continues to keep capacity within a defined range, despite metrics that show the U.S. could use every truck, trailer and driver that it can get.

"China’s curtailing of power-grid output in recent weeks suggests that the global game of Whack-A-Mole is ongoing, and the period of supply-chain normalization continues to be pushed to the right.” he added. "Commercial vehicle production remained under pressure in September, and both medium and heavy-duty build plans for 2021 continue to be marked down, if at a slower pace than in recent months.”

While the focus is deservedly on the industry’s ability to build Classes 5-8 vehicles, Vieth said demand-side indicators continue at healthy levels.

"Despite turbulence that abounds with economy-wide supply shortages, there has not been much in terms of fundamental change in the macro data-points that influence commercial vehicle demand," he said. "While 2021 expectations for GDP growth have fallen from 6.2% to 5.5%, economic strength is broad-based and concentrated in goods-related activity. Flowing from that, freight rates continue to rise, used truck prices are through the roof, and trucker profitability has risen through record levels with Q3 earnings off to a fast start.”

Preliminary used Class 8 volumes (same dealer sales) increased 5% month-over-month, but dropped 25% year-over-year last month, according to preliminary data gathered by ACT Research. Through the first nine months of the year, activity is 3% higher compared to the same period a year ago.

“The well-publicized, ongoing supply chain concerns are having a very real and tangible impact on the flow of trades into the secondary market, severely limiting used truck sales at a time when demand is through the roof," said Steve Tam, ACT Research vice president. "And while no one knows for certain when the constraints will be relieved, it is not likely to happen soon or suddenly, leaving sufficient time to adjust. Because the law of supply and demand has not and cannot be repealed, used truck prices are left with no alternative but to continue climbing. And that is exactly what they did in September.”

Used truck prices have been ripping for most of the year. Auction pricing jumped notably last month and retail pricing continuing its record-breaking trajectory, according to J.D. Power. Month-over-month, J.D. Power's benchmark group of 4-6 year-old trucks brought 18.3% more money in September. Compared to the first 9 months of 2020, this group is running 85.1% ahead, and compared to the same period of 2019, 62.1% ahead. Late- model trucks have appreciated 4.9% per month on average in 2021 to date.

"Strong used truck pricing into 2022 is essentially guaranteed," said Chris Visser, J.D. Power senior analyst and commercial vehicles product manager. "Inflation – and the Fed’s response to it – is probably the biggest factor on our minds at the moment. In terms of the used truck market, we expect conditions to remain hot into next year, barring any unforeseen economic changes." 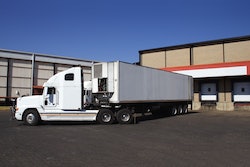