Jason Cannon, CCJ chief editor
May 27, 2021
Bottlenecks cost the U.S. economy more than $42 billion in 2019, according to a review of Federal Highway Administration (FHWA) data, and freight shipments suffered almost 660 million hours of delay on the nation's roadways.

"Highway freight shipments collectively experienced over 27 million days of delay in 2019 – the equivalent of nearly 75,000 years – with over one-third of the lost time occurring on the Interstates," Black noted in the report.

It was also the top spot ranked by FHWA for hours of delay per mile, logging 263,116 hours at a cost of $76 million. The intersection of I-95 and State Route 4 near the George Washington Bridge in Fort Lee, New Jersey, was the worst freight bottleneck in the country last year for the second year in a row, according to data compiled by the American Transportation Research Institute (ATRI). The average truck speed at the G.W. Bridge interchange is 29.7 miles per hour, according to ARTI's report released earlier this year, with an average truck speed during rush hour of 22.4 miles per hour.

Almost 73% of the value of domestic freight is shipped via truck and the value of truck shipments is expected to more than double by 2045, according to ARTBA's analysis of FHWA's data.

ATRI pegs congestion costs notably higher than FHWA, noting the trucking industry is hit with $74.5 billion each year and 1.2 billion lost hours of productivity – the equivalent of 425,533 trucks sitting idle for an entire year. 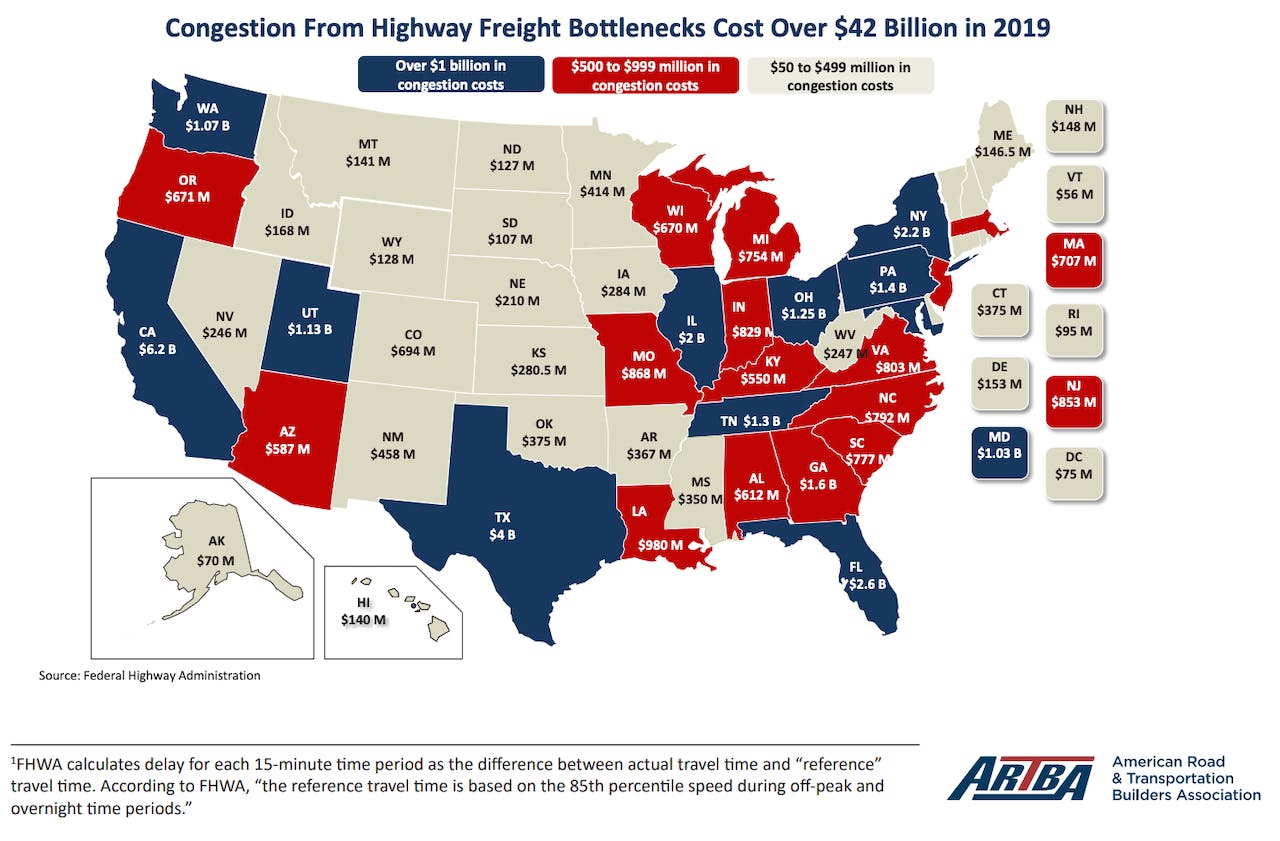