Embark Trucks on Monday announced the successful completion of on-road testing in snowy conditions in Montana, which was conducted to demonstrate the performance and safety of Embark’s Vision Map Fusion (VMF) technology in geographies that experience severe winter weather.

Results from the testing demonstrate that in approximately 90% of runs through the snowy conditions under study -- which could result in delays for HD map-based autonomous driving systems -- VMF should operate successfully, or pause and resume travel within acceptable shipper delivery windows.

Beginning in February, the company’s testing in Montana utilized Embark-powered trucks traveling on a 60-mile round trip route on public roads between Clinton and Missoula in varying winter weather situations. In addition to on-road testing, Embark developed a comprehensive weather model using over 8 billion historical weather data points -- dating back more than 10 years on all major U.S. routes -- to analyze the impact of snow at a lane level across the US.

The testing and weather analysis showed significant technical and commercial promise, the company said. Embark’s testing and performance review indicated that VMF worked within tolerance thresholds for safe operation in snowfall rates up to one-sixth inches per hour and with snow accumulation of one inch on the road over three hours, conditions that cover the vast majority of snowy weather based on Embark’s analysis.

The test results represent a milestone in the development of autonomous trucking technology, Embark said, as well as a major achievement for the company made possible with VMF. Embark plans to continue to study the impact of snowy conditions on other elements of the Embark Driver.

Combining these performance results with historical weather patterns and typical shipper delivery timelines, Embark was able to estimate expected delivery performance. On northern lanes -- those starting or ending outside of the Sunbelt -- historical data shows that roughly one in five runs will experience some snowy conditions. Embark estimates its VMF system will operate within acceptable shipper delivery windows approximately 90% of the time on such runs.

Embark said it will look to refine the initial findings in time through additional modeling and partner insights in order to account for associated considerations such as ice formation, sleet and heavy winds. 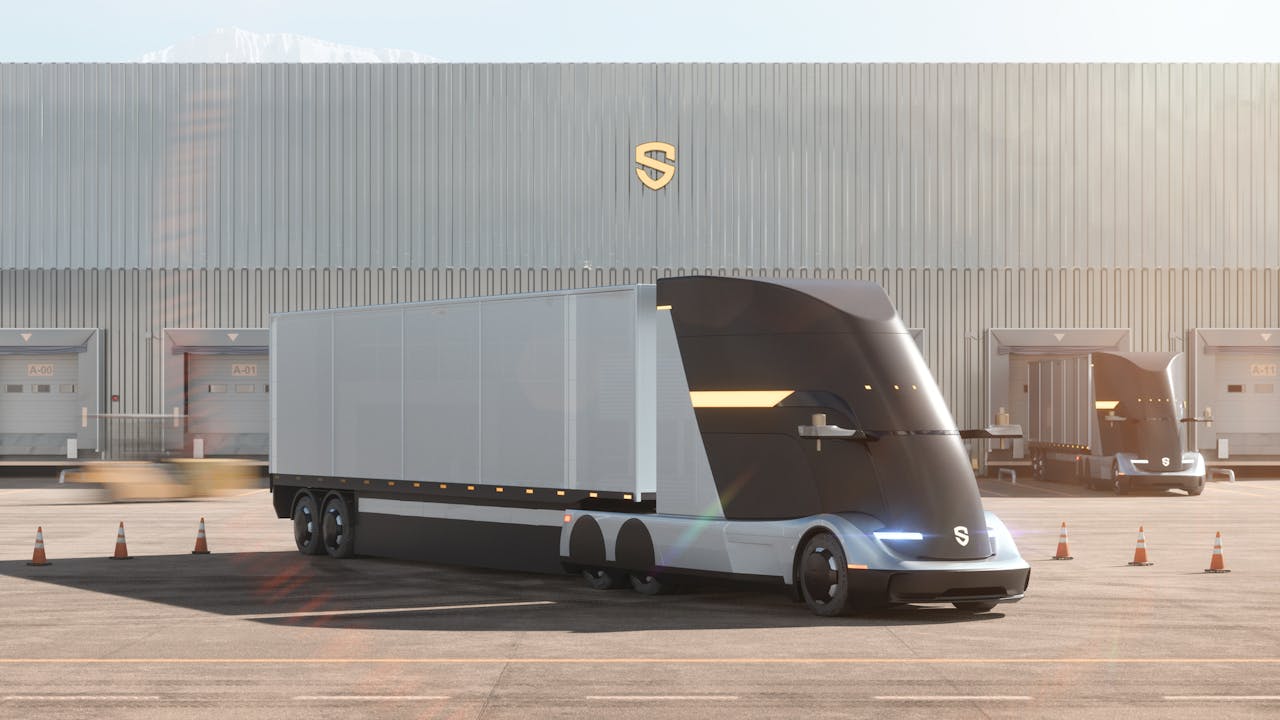 The SD1 was designed from the ground up and includes full, aerospace-level system redundancy and the lowest drag coefficient of any Class 8 truck on the road enabled by a complete redesign that removes the human onboard, the company said.

The long-haul battery-electric SD1 features a range of 500-plus miles, active aerodynamics, tires designed to minimize rolling resistance, exterior lighting to communicate to pedestrians and other road users, a unique sound signature, a modular design for serviceability to maximum uptime, and multi-speed tandem e-axles with integrated electric motors.

The truck is designed to ensure turnaround times on par with today’s trucks and is compatible with fast chargers, while also being able to utilize existing networks. It is also trailer-agnostic -- meaning it can haul anything -- and is built to integrate with all standard loading docks. Solo added that it can haul an equivalent weight to today’s Class 8 trucks. The sensor arrangement allows for the easy integration of any autonomous driver system and features a proprietary software control interface.

“The demands on leaders across freight, logistics, retail, and other categories can only be met in a sustainable way by the convergence of two tech-enabled opportunities: battery-electric transportation at long-haul range and autonomy," said Graham Doorley, Founder and CEO, Solo AVT. "Autonomous systems today won’t work on existing or retrofit platforms at scale. At Solo AVT, we’re solving both of these challenges as we develop, design and engineer the SD1 to achieve over 500 miles of range with an autonomous truck from day one.”

Additional details on Solo AVT’s approach to designing the SD1 include:

Embark Trucks announced Friday that U.S. Xpress (CCJ Top 250, No. 16) has joined the Embark Partner Development Program and plans to add its terminals to the Embark Coverage Map.

Embark pioneered the transfer point model in 2019 when the company unveiled its first sites in Los Angeles and Phoenix. Transfer points are used to move freight from driverless, long-haul trucks to driver-enabled trucks for first- and last-mile delivery.

Since developing the model, Embark has conducted hundreds of hauls through these sites, the company said, refining required transfer point features and developing process flows for important onsite activities.

U.S. Xpress’ nationwide terminal network presents an opportunity for a carrier to leverage its existing real estate footprint to support autonomous trucking operations. Through this partnership, Embark and U.S. Xpress will identify priority terminals based on traffic patterns, customer needs and technical requirements. The companies will start with two terminals in Sunbelt states, creating a clear path to opening a high-volume lane for autonomous hauling.

By developing these procedures now, U.S. Xpress will be able to quickly integrate Embark-powered autonomous trucks as a complement to professional truck drivers within its operations.

"We’ve established U.S. Xpress as a carrier leader in autonomous trucking, and this partnership is further evidence of our intention to be an early adopter of autonomous vehicle technology,” said Eric Fuller, President & CEO of U.S. Xpress. "Through this partnership with Embark, we’re taking the next important step in planning and preparing our terminal network to support executing our autonomous strategy."

Xos, Inc., a manufacturer of Class 5 through Class 8 battery-electric vehicles and powertrains and provider of charging infrastructure and fleet management software, announced last week a partnership with Thermo King to jointly develop a refrigerated commercial vehicle prototype that is 100% battery-electric.

The battery-electric refrigerated prototype vehicle will support fresh and frozen applications and will be used in field trials by Xos and Thermo King customers.

“Thermo King is committed to delivering our customers a fully electrified portfolio of sustainable solutions for every transport segment of the cold chain by 2025,” said Chris Tanaka, Vice President of Product Management of Thermo King Americas. “Our partnership with Xos, and the valuable insights we will gain from the prototype and field trials will help ensure our solutions meet our customers’ needs.” 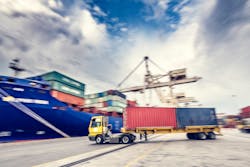 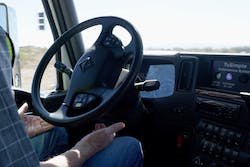 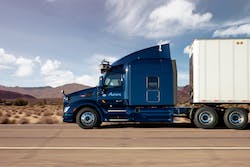 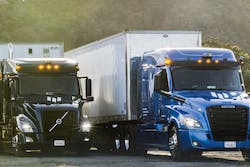