John Doe's rig was plowing through a dense morning fog along a two-lane highway in Parachute, Colorado, at the posted speed limit of 55 mph.

Up ahead through the haze Doe could see a pickup sitting stopped on a side street. "Ole boy musta run outta gas," Doe muttered as he stuffed another handful of gummy worms into his mouth. Suddenly, McGregor Connor – the driver of the previously stopped pickup – pulled into the semi's lane. "Or not!," Doe exclaimed, spitting gummy worm bits across the dash as he climbed on the brake pedal and – CRIIIMMPP – t-boned McGregor blue pickup, pushing it several feet.

The fleet manager cited Doe for a preventable accident, saying Doe should have been driving slower in the heavy fog. Doe protested to the National Safety Council, arguing that he was driving at the speed limit and could see the pickup sitting at rest. "If I can see him, then he can see me," Doe contended. The National Safety Council agreed with Doe's manager, concluding that had Doe been traveling at a slower speed given the foggy conditions, and used his horn to potentially deter the pickup from pulling out, the accident could have been avoided. 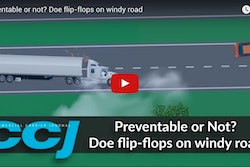 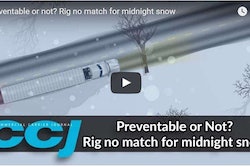