Lawmakers in Texas last month passed a bill, which has since been signed into law by Gov. Greg Abbott, that adds a layer of protection for motor carriers in post-crash litigation. The law will go into effect Sept. 1.

The new law, known as HB19 from its path through the state legislature, requires a jury to find a trucking company or truck driver liable for a crash before exemplary damages can be sought in a civil case. It allows a defendant trucking company to request a two-phase trial in which the first phase would be used to determine liability for the crash itself and the amount of compensatory damages awarded. The second phase would be used to determine any negligence from the motor carrier, such as driver training or equipment problems, and the amount of exemplary damages awarded.

The law strikes a blow against plaintiff’s attorneys who have used the Reptile Theory to go after trucking companies for large verdicts during a trial, regardless of whether the trucking company was at fault for the accident.

As previously covered by CCJ, Reptile Theory is a tactic used by the plaintiff’s bar to paint a trucking company as a bad actor without necessarily focusing on the facts of the crash the trial is about.

Keep Texas Safe, a group managed by Ruben Herrera with Thomas J. Henry Injury Attorneys, argued that “HB19 excuses truck and commercial vehicle driver fault for accident[s] in all but the most extreme cases, virtually giving truck drivers a ‘get out of jail free’ card. It also absolves the companies that employ these drivers from any independent compliance with federal or state safety regulations, like training or maintenance for their vehicles.”

Despite the criticism of the legislation, Texas Trucking Association President and CEO John Esparza said the new law will still protect the rights of Texans and all Americans traveling through Texas who may be involved in a crash with a commercial vehicle, “but at the same time reduce opportunities for some of these trial lawyers to manipulate evidence at trial in which they’ve been seeking millions and millions in damages in cases where the commercial vehicle owner was not at fault and where the plaintiff in many cases was not even injured.”

Esparza noted that in recent months, one TXTA member “spent over eight hours of deposition over an accident that occurred, and not a single one of those questions were about the accident itself. It was all about the company.”

Hear more about what Texas' new law will mean for trucking companies on this week's 10-44 webisode in the video above.

One high-profile case that helped spur this legislation was the nearly $90 million verdict against Werner Enterprises for a 2014 crash in which the Werner driver, Shiraz Ali, was not at fault. The jury in that case, however, determined that due to Werner policies, Ali should not have been on the road at the time of the accident given weather conditions, even though the driver of the pickup truck that struck Ali lost control and crossed a median.

Esparza said he believes the case with Werner would not have played out that way had this law been in place.

“I believe that in that case, we wouldn’t even be having this conversation about Werner right now,” he said. “Mr. [Derek] Leathers over there would be a lot happier with the court system in the state of Texas than he is today.”

Esparza also credits the American Transportation Research Institute for a study on nuclear verdicts and the impacts large verdicts have had on insurance rates for trucking companies. He said in the previous legislative session, lawmakers asked for more data rather than anecdotes about rising insurance costs.

“Things have to be broken before they’re fixed, far too often, and that can be a dangerous proposition when you talk about the risk that small companies take when they’re trying to survive year over year, and whether or not they have a recordable accident, they’re seeing insurance rates rise as a result,” he said. “This is a tide that, unfortunately, lifts all boats. And more frustrating for those companies that said, ‘I’m not even involved in an accident,’ yet they’re seeing significant increases because of the abuse out there. So, we were able to exact some measure of change we believe is going to have a lasting impact on the abuse out there.”

Esparza believes the new law will have a positive impact on insurance rates in Texas down the road, and added that a provision in the law requires the Texas Department of Insurance to conduct a six-year study on the effect of the law on insurance rates.

While Esparza said this law is a step in the right direction, it will likely not be the last form of tort reform TXTA and others work toward in the future.

“We’re going to watch this and see how the plaintiff’s bar reacts, see what other areas they may look to abuse,” he said.

Wondering if the new law will help rising insurance costs? Check out the video above. 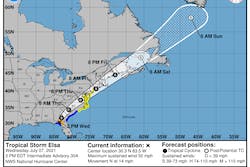 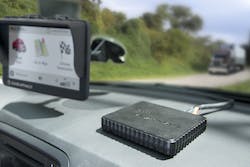 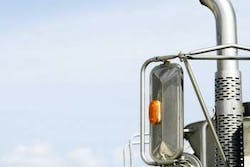 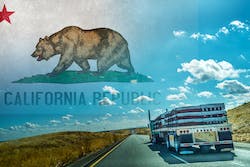