ELD compliance at stake with 3G sunsetting just months away

Matt Cole
Nov 5, 2021
Cellular service providers will begin shutting down legacy 3G cell networks in 2022 and the Federal Motor Carrier Safety Administration is warning fleets and owner-operators to make sure their electronic logging devices are running on 4G or newer technology to remain compliant with the ELD mandate.

Mobile carriers, beginning in February 2022 with AT&T, will be shutting down 3G networks to make room for more advanced networks, such as 5G. As a result, any 3G devices – cell phones, ELDs, telematics, in-cab cameras, etc. – will no longer be able to upload data to the cloud.

In the case of ELDs, any ELD that requires 3G cellular connectivity to function “will no longer be in compliance with the technical specifications in the ELD rule after the 3G network it relies on is sunset,” FMCSA said.

“When in an area that does not support 3G, a 3G device will register a malfunction,” the agency added. “In accordance with 49 CFR 395.34, the carrier has eight days to get the malfunction resolved, in this case by replacement, unless an extension is granted.”

FMCSA said it strongly encourages trucking companies and truck owners with ELDs determine with their ELD provider whether their device operates on a 3G network, and if so, ask the provider about an upgrade or replacement.

Michael Bloom, vice president of product with video telematics manufacturer SmartWitness, said carriers should move sooner rather than later if their devices are 3G-reliant.

“At this point, sirens should be going on in people’s heads because what’s going to happen, starting at the end of February next year, AT&T is going to be sunsetting its 3G network,” Bloom said. “What this means is that this is going to have a major impact on anybody who has a 3G device in their vehicle that’s depending on it to do their business.”

Hear more about how the sunsetting of 3G networks could affect trucking on this week's 10-44 webisode in the video above.

Bloom noted that the affected devices themselves won’t stop working when the networks go down, but their ability to transmit that data over the cell network will be terminated.

Verlen Larsen, senior architect with Transflo, said some ELD and telematics providers have been proactive in letting their trucking customers know that they have 3G-reliant devices that will soon stop working, but some may not have started that process yet.

“It’s hard to tell a customer that a device they renewed six months or a year ago isn’t going to work anymore,” Larsen said. “If a fleet has any reason to look around [to different providers] if they haven’t been super-satisfied with their current provider’s customer service or reliability, and now they’re having to spend money to upgrade devices, they’re going to look around at other providers.”

Bloom and Larsen both said there’s no way to know how many 3G-reliant devices are still in use but noted that telematics and ELD providers know which of their own devices are. Larsen said he’s heard industry estimates that there are 350,000 or more devices in the Class 8 truck space still operating on 3G networks.

With supply chain disruptions and component shortages, especially computer chips, Bloom said once networks start going down, there is likely to be a “perfect storm” of problems that could put some trucking companies out of compliance with the ELD rule and high and dry with telematics devices until replacements can be manufactured.

“On one hand, we’ve got this massive supply chain shortage on the components,” he said. “They can’t manufacture new 4G or 5G devices because they can’t get their hands on the chipsets. So, you’re kind of looking at, then, being able to replace 3G devices with 4G at a minimum devices with what’s in the existing inventory for the most part in terms of what’s out there. If the telematics companies are running into problems in basically acquiring the devices that they need, you as a fleet user need to know that now.”

Larsen said it’s time for fleets to determine if they are happy with their current ELD and telematics providers and to start having conversations with those companies about its plans going forward. If their answers don’t satisfy the needs of the fleet, it might be time to look for a new provider, he added.

Another reason to plan ahead, Bloom said, is the time it may take to install new devices if necessary. Some require professional installation, and those installers’ schedules will likely start getting full once 3G networks start coming down. With only a few months before AT&T starts their sunsetting process, the sooner fleets act, the better off they’ll be, Bloom added. 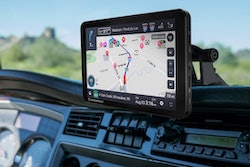 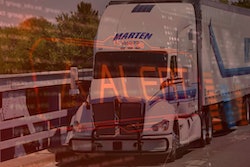 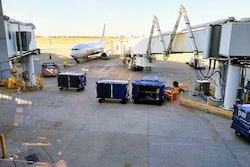 What the opponents of standards don't understand