What the opponents of standards don't understand

Rick Mihelic, contributor
Oct 28, 2021
Airport jetways are universally designed with the plane access door at the front left side of the plane, allowing nearly every plane type to interface with the terminal.

A recurring opinion from new technology proponents is that standards are bad. We should let the market innovate.

After working with more than 90 subject matter experts and a number of fleets, OEMs and other stakeholders during NACFE’S Run on Less - Electric demonstration, I believe these opinions hide a rather selfish and short-sighted perspective. It’s not so much that they are against standards, but rather that they want to make sure their own proprietary technology becomes the standard.

Truly new technology means no single company starts with any market share. Essentially everyone is equal. Yes, it’s a truism that some may be more equal than others based on capitalization or existing infrastructure, but on day one of a new technology, no one has sold any product yet, and the market has not had the opportunity to weigh in on choice.

Becoming the de facto market choice has huge economic ramifications. Failing to become it destines a technology for the scrapheap.

While I was sitting in the Dallas-Forth Worth airport waiting for my flight, I captured a photo of a plane arriving. It seemed a perfect example of why the opponents of standards don’t get it.

Look at all that standardization makes possible in this example. Airport jetways are universally designed with the plane access door at the front left side of the plane, allowing nearly every plane type to interface with the terminal.

Ground support equipment, including the airplane tugs and dollies, the fueling infrastructure, the grounding straps, the beverage cart delivery vehicles, the beverage carts themselves, all benefit from agreement on interfaces so they are universally useable.

This set of examples is somewhat future proof. Once chosen, the massive inertia of standardized interfaces largely minimizes change but it also maximizes volume of compatible designs. And volume is what everyone needs to get costs down.

The Airbus 380 and the Concorde are two examples where these ubiquitous standards had to be challenged. Runways were not wide enough, or long enough, or clean enough. Jetways we’re not able to accommodate the shape or size of the planes.  For those instances, new standards were developed and those terminals that needed to change were changed. The market valued the new technology sufficiently to force changes.

Markets actually love standards. It’s individual companies that fear them. But true industry consortiums and standards groups can overcome that fear by cooperatively developing and reaching agreement. This requires participation and yes, compromise. In the long run, it’s what the market really wants.

The jetway example has another lesson for naysayers. It has not stifled airplane innovation. Today’s jetways have largely been able to accommodate nearly every new plane model since the Boeing 707 was introduced. It has allowed architects to develop a multitude of different airport designs, shapes and sizes.

Run on Less - Electric highlighted for me that we don’t even have agreement on where the plug goes on the truck yet, much less all the other interfaces critical to designing charging stations. Electric cars are only slightly better. Looking back at the 1950s, did the market ultimately want the fuel port hidden in the taillight fins? Or behind the license plate? Or on top of the hood? No. In the long run, having it on the right or left allowed easier access to fuel pumps and less damage to car paint.

Innovations are hard to predict. Some are useful, but others have very short lives.

NACFE encourages regulators, fleets, manufacturers and all stakeholders to energize engagement with standards organizations like SAE, IEEE, American Society of Mechanical Engineers (ASME), ISO and industry groups such as the American Trucking Associations’ Technology & Maintenance Council (ATA TMC), CharIn and others to get us past "go" and to a point where we have a strong foundation for growth and a viable world to permit real innovation. 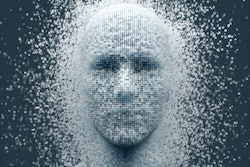 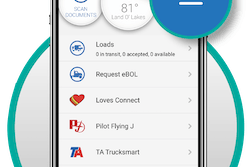