While it may not be the highest expense item on trucking companies’ financial reports, toll fees make a decent-size dent in their bottom lines.

Toll charges continue to rise, and costly, inaccurate violations are not uncommon. That’s why weigh station bypass network operator Drivewyze has teamed up with toll payment and management services provider Bestpass to address fleet and driver pain points with tolling.

The two have collaborated to roll out a new tool for the industry: a toll trip report with highly accurate GPS-based toll event data, available at no cost to any trucking company through the Drivewyze platform.

Bestpass provides a payment platform and nationwide toll management for commercial fleets at over 50 tolling authorities across the U.S., servicing about 15,000 fleets and 30,000 customers and processing over 130,000 toll transactions a year or $1.5 billion in toll payments per year. Drivewyze offers PreClear weigh station bypass services at more than 840 sites in 45 states and provinces, and its Safety+ feature provides in-cab toll road notifications. Its platform is embedded with over 100 partners in telematics and electronic logging devices with a network of almost 3 million trucks.

Drivewyze CEO Brian Heath said the core of that technology is GPS-based – a different technology base than transponders, which tolling has traditionally used, often resulting in overcharges, false violations and even fraud.

“The ability to challenge those based on just the transponder data is limited,” Heath said. “We thought we could leverage the Drivewyze platform; we could collaborate with Bestpass to create an independent source of truth with highly accurate GPS data, so we know the moment a truck passes by or through a toll gate or gantry, and that could be an entrance and an exit event.”

With that data, fleets can reference the report to confirm the vehicle was actually there, what time it was there, and where it entered and exited that toll road.

“At some toll roads, that can make a big difference for the amount that's getting charged,” Heath said.

A third-party group conducted a study on Bestpass ROI and learned that a company with a national fleet of 800 trucks, spending $120,000 a month on tolls, $4,000 a month on violations, and has three FTEs who manage transponders and payments would pay back the cost of the Bestpass service in 6.3 months and generate an ROI of 90% in one year.

The addition of Drivewyze’s GPS data with Bestpass’ toll data in the toll trip report can now help fleets take those savings a step farther by assisting with investigations of fraud, overcharges and false violations.

“Because of the way that Drivewyze is architected … we're looking at that data once every second, but we're not laying down the communication lines by transmitting data once every second; we only transmit the data that is critical to that event occurring,” Heath said. “That's much different than what has been available previously, which is to basically look at GPS cookie data, which the visibility world uses all the time, that could get transmitted once every five or 10 or 15 minutes. To try and match that to an actual toll event can be tough and technically challenging. So by collaborating to create this much more accurate, GPS based toll trip report, then we're bringing the industry a new tool to help control their toll costs.”

Bestpass CEO Tom Fogarty said one of the organization’s customers had a room full of boxes of violations that it couldn’t administratively process in time. Bestpass helps avoid 95% to 99% of those violations, according to a case study that found one of its customers saved 20% of its overall tolling bill by eliminating violations, he said.

“One of the complexities is there's all these tolling authorities out there; there are multiple different protocols that are out there that don't talk to each other … All of a sudden, you're crossing through a couple other different protocols so your transponder won't get read, and when that happens, you end up getting a violation in the mail, which is rather costly” with the addition of an admin fee tacked onto the cash rate, Fogarty said. “The costs add up really quickly … Think about that being a truck fleet, even if it's only 10 trucks, but if you think about 500, 1,000, 10,000 vehicles that you're dealing with, it's a massive reconciliation nightmare.”

He said violations aren’t so common if fleets are running the right protocol, but in trying to run their own program, it can be difficult to keep it all straight.

Fogarty has been meeting with Bestpass customers to learn more about their needs, and one of the top requests was weigh-station bypass, he said. This led Bestpass and Drivewyze to align their offerings to streamline onboarding and support for fleets adopting weigh station bypass and toll management services in addition to the toll trip report.

“Trucking companies across our industry have been asking for innovation and cooperation in tolling and bypass, so we are answering that demand with better alignment and coordination so fleets can adopt our products easier, minimize their onboarding times and maximize their ROIs with our respective services,” Fogarty said in a news release.

Heath said fleets face operational challenges when they’re onboarding and activating multiple services from different vendors. With this collaboration, fleets won’t have to provide two different truck lists to each vendor or coordinate schedules as to turning services off and on, providing an operational advantage from a technical perspective, he said. But he said the value proposition of the toll trip report will benefit, not only existing customers, but fleets that aren’t using either service. 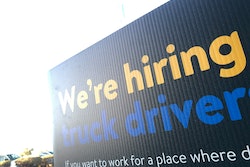 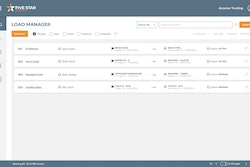 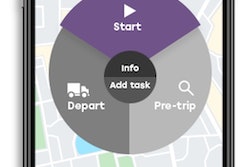