That’s a statistic that stood out to Netradyne’s Senior Vice President of Marketing Barrett Young because it’s the opposite of Netradyne’s approach to driver management.

“Where I think it was interesting from a Netradyne perspective is that, from our scientific research, the way we position our safety system is quite the opposite,” he said. “It's a little bit of the carrot versus the stick, and how our system is built is really flipping the script.”

Netradyne’s Driveri system uses positive reinforcement to encourage drivers to perform better. The system uses different types of coaching, including real-time micro coaching in the form of in-cab alerts and virtual automated coaching, where safety managers can send weekly videos that demonstrate what the driver has done well and what they need to work on. The system uses advanced AI to analyze 100% of the driving day via cameras as opposed to only recording triggered events, which can result in a slap on the hand when it may deserve a pat on the back because it doesn’t tell the full story.

“If a vehicle brakes really hard, there are multiple different reasons why. It’s looked at as a negative, where our system is actually able to analyze the entire driving day and apply causation. So that vehicle may have braked really hard because someone from another lane cut them off. That's not a negative driving behavior on the driver's part. In fact, that was a positive driving behavior because they braked to avoid an accident,” Young said. “The way that we've been taught to do fleet safety and improve driver behavior is perfectly suited for a world that no longer exists.”

Young said 80% to 90% of the driving day is performed with good driving behavior, but with trigger-based event coaching, negative driving behavior is the only kind that gets addressed rather than acknowledging and rewarding the good driving behavior as well, which is what he said is a psychological approach that ultimately improves driver behavior over time, benefitting fleets in safety, retention and finances.

“We can do this with our children. I think my wife does it with me sometimes, but by reinforcing good behavior, it releases endorphins; it has good feelings, so psychologically, you want more of that. I'm going to go do more of that because I like the way that feels,” Young said. “If you think about the psychology of truck drivers … they're proud people. They're proud of their jobs. They work hard at their jobs – arguably some of the hardest workers in our entire economy. And so the last thing they want is to constantly be told that they're doing the job bad, especially when majority of the time they're not.”

Young said that 69% statistic is what Netradyne is trying to change.

More than four in five, or 82%, wish drivers had a virtual driving coach. Despite that statistic, SMB fleets have traditionally been slower to adopt such technology, Young said – the main reason being the cost.

The survey found that 93% would be willing to invest in more smart technologies that can save work/time through automation; it also found that 91% think their fleet would benefit from an AI safety solution that can assess speed, traffic sign compliance and distracted driving while alerting drivers of risky driving behavior with real-time positive driving notifications, and four in five, or 85%, would consider purchasing that type of AI-based safety solution if the investments were just over $1 per day, which is what Netradyne’s system costs (per truck).

Aside from safety as the No. 1 concern among SMB fleets, financial concerns landed at the top of the list with the current economic climate.

“Saving on fuel costs seems obvious; everyone should want to save on fuel costs,” Young said. “But the interesting thing is that 100% of people agreed with this, and from our survey team, they've never seen 100%. They've seen 95%, 98%, but never actually 100%. So clearly, this is a big concern for fleets. And there are ways we can use safety systems to help them mitigate some of those costs.”

He said by monitoring aggressive accelerations, hard braking or other sorts of aggressive driving behaviors and reducing those, fleets can see an impact in unnecessary fuel usage.

He said the cost savings there offsets the cost of the technology, which can also help fleets save on other costs like additional safety staff, insurance premiums and potential nuclear verdicts in the event of an accident.

RELATED: [Using technology to transform safety from a cost center to a cost saver]

Despite 53% of those surveyed saying they think of safety issues proactively and 44% thinking about safety issues all the time, the survey found that 66% make financial decisions based on immediate needs instead of strategic protection. Additionally, 63% of SMB fleets claim that losing just one vehicle in their fleet would be financially devastating, which could result from unsafe driving.

“The cascading benefits to the entire fleet really are remarkable. If you see better driving performance because you're rewarding positive driving – you still want to address the negative of course – you'll see better driving behavior, reduced accidents, better driver retention, reduced unnecessary fuel usage and ultimately increased profits,” Young said. “All of a sudden, you've got a more successful business; with an SMB fleet, that has a big impact on the success and the growth of the company itself.”

Here are some additional stats discovered in the survey:

• 95% claim to trust their drivers; however, well over one in two, or 56%, believe their drivers unintentionally engage in risky behaviors on the road.

• 77% consider smartphone usage on the road by other drivers to be a threat to their drivers.

• 89% consider themselves a driver safety expert, and over half (51%) say they are coaching their drivers very frequently or all the time. 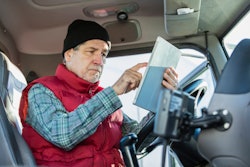 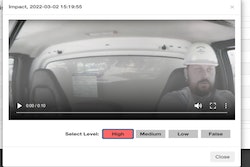 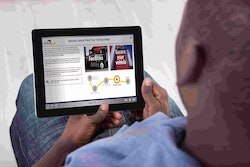