All roads lead to pay

The American Trucking Associations recently hosted a roundtable discussion during which several panelists cited a driver shortage, recruitment strategies and stoked fear of potentially empty store shelves. The panelists and I disagree on several points.

First, there is no driver shortage. Rather, there has been a driver retention issue for decades. Let’s get real: you cannot solve a problem if you keep misstating the facts and mischaracterizing the problem at hand. Panelist Donna Kintop from DDC Group said that “many companies are putting in retention plans to keep the people they have and that they are satisfied.” She said job candidates in all industries, including trucking, have more options, and before accepting job offers they are seeking higher salaries and benefits – two components conspicuously lacking within many mega-fleets’ traditional pay structure.

Kintop said companies “are developing talent for today’s culture and retraining their leaders to be more adaptable, along with upgrading their internal recruiting teams and make sure they’re up-to-date on the newest recruiting techniques.”  To translate: Many trucking companies are going to repackage the same rote garbage hoping the drivers like the flavor.

When a driver works 70 hours in eight days (assuming two weeks off annually) that driver is actually working 3,071 hours, which reduces their hourly pay to $16.90, barely above many states’ $15 per hour minimum wage. Still, that calculation also assumes that there is no unpaid working time, which is a completely bogus assumption. In the final analysis, drivers’ wages fail to even meet an entry-level grocery store position.

The easy, simple, economically viable and socially equitable solution is to eliminate the overtime pay exemption under the Fair Labor Standards Act. Using the example above, the same company driver who worked 3,071 hours in a year at the $24.96 hourly rate that the industry touts by ZipRecruiter would bolster their income by 73% to $90,000, much more commensurate with the hours worked, the important “semi-skilled” level of responsibility and the living conditions endured.

Instead of carriers looking at this as astronomical annual earnings, this $38,100 is the annual amount that many carriers are ripping-off from drivers. Taking in their entirety since the FLSA’s 1938 enactment, at $38,100 per driver in today’s dollars, the industry has usurped $4.8 trillion dollars from the hard-working drivers’ pocket. That’s $95 billion of income each year that could be injected into the economy at a grassroots level that would broadly boost the economy, eliminate retention issues, negate the need to update recruitment packaging techniques and wipe away fears of empty shelves.

Trying to figure out why there’s a driver shortage is no mystery. It’s pay.

It all stems from the FLSA exemption to overtime and the pay-by-mile paradigm. Truck drivers don't need to carry economic burden on their collective backs, and if the "driver shortage" has taught us anything it's that if there is insufficient remuneration there will continue to be a driver retention problem.

Absent a cost of labor adjustment, where many fleets historically attributed zero value to a driver’s time – “If the wheels ain’t turnin’, the driver ain’t earnin’,” – nothing will account for the microeconomic imbalance, and all the numerous programs, tax credits, recruitment packaging tactics, governmental red tape elimination, government and private sector apprenticeship programs, U.S. Chamber of Commerce recruiting programs to help separating military members enter the industry, the Federal Drive-Safe Act to allow new drivers aged 18-20 to drive interstate freight, and the like, will all be for naught.

ATA’s chief economist Bob Costello said that, “We’ve had a lot of these issues for a long time in the trucking industry. It’s just the last two years of the pandemic really brought them to the forefront.”  Well, yes and no.

Yes, the issues have been around for decades. But, no, the pandemic is not to blame. Decades of unsuccessful solutions and those sought today clearly indicate that even after decades of a continued driver shortage refrain, many fleets have yet to truly identify and address the salient problem. 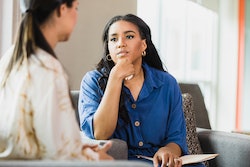 What does it take to become a successful female mentor in male-centric industries? 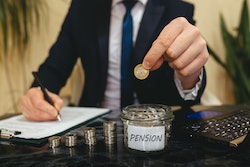 Starting a workplace savings plan for your trucking firm 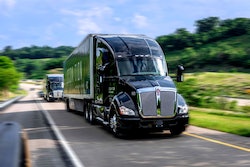