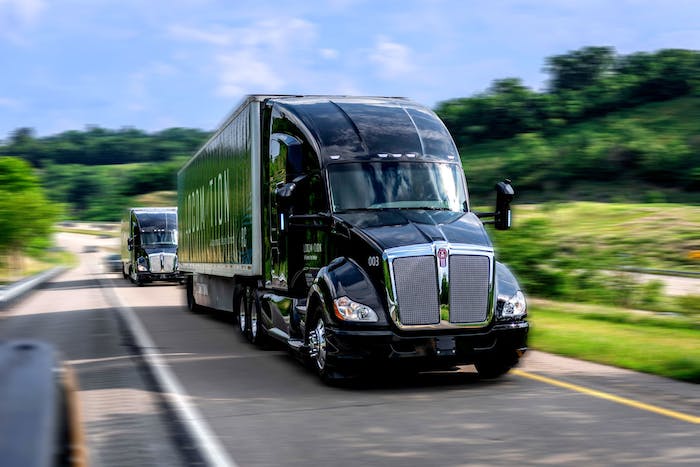 Locomation is one of several companies working on autonomous vehicles.
Locomation

Bruce Stockton watches his 3-year-old granddaughter play with her mother’s phone, and it seems to come naturally, but he said she can’t quite ride a tricycle.

Stockton, vice president of fleet services at Missouri-based Wilson Logistics, compared his granddaughter to today’s incoming truck drivers: they naturally understand technology, but they have to be trained to drive.

“There's really, to me, two categories: you've got what I'll call the mechanical side, which is physically learning how to maneuver the truck … and then there's the technology side that, with good intention, is meant to improve safety, improve quality, improve the level of service that we have to provide as a commercial vehicle operating company,” Stockton said. “I think drivers will always have to have a certain level of mechanical ability and skill to safely operate … whatever unit they’re operating … but as we add technology to trucks and trailers, they become more of a commercial vehicle operator and a little less of a commercial vehicle driver.”

Stockton, whose company is working with autonomous trucking technology provider Locomation to engineer six freight lanes for full autonomy, said that’s the way of the future for the trucking industry as widespread availability of autonomous trucks is on the horizon. He said he expects truck drivers to become more like IT professionals as their jobs shift more toward monitoring systems as a truck drives itself down the highway and curriculums change to meet those requirements.

“Where it's really changed and added to our curriculum is understanding the technology that's on the trucks today,” Stockton said. “There's a lot more to teach about not only the mechanical way to (drive) but how technology can help us help us do that.”

So not only does the curriculum teach trainees how to drive, drop and hook, back and follow regulations, among other things, it teaches them in the classroom and via simulator not only to mechanically look left and right but to use the technological systems in place that tell them a lane is clear to shift into.

And as the company inches closer to autonomy, he said he expects training to become more like what a prospective airplane pilot experiences – learning via simulators except it will be for an autonomous truck – because he doesn’t think “autopilot” can replace a driver.

“We still have two pilots: a pilot and a copilot in every commercial aircraft in this country. They may mechanically or manually launch the aircraft and do takeoffs and landings, but a large percentage of their time may be on autopilot, and they're just monitoring the systems to ensure everything's working properly,” Stockton said. “That's a decent analogy of where I see autonomous trucking starting, and I don't ever see the driver going away from being in the vehicle, observing and monitoring the systems … You're just going to have to be more technically savvy to operate the trucks.”

He said his school has long been technology forward and quick to adopt, but curriculums at transportation companies like Wilson Logistics have changed significantly more to include technology compared to publicly funded schools.

The newest truck at Del Mar College is a 2017 model that has automatic braking, but trucks nowadays have so many more bells and whistles. Even though he leaves a lot of technology training to the companies his students will eventually work for, he said the instructors try to prepare them the best they can.

“It's really going to depend on your area and who's your clientele on how you're going to prepare your students,” Rojas said.

He said curriculums will change in the future when autonomy fully arrives, but that will take a while.

“They're still trying to fine tune those things,” he said. “Once (AVs) are available to where we can actually get some usage of them or implement them in actual training scenarios, that's the time that we'll be able to put together a good curriculum on the exact features and functions the drivers are going to be responsible for. We really don't know what to put into curriculum as of yet.”

But the training and classwork is becoming more technological itself in the meantime, he said.

He said prior to the entry-level driver training regulation that came into effect, 95% of schools were only teaching the CDL manuals for their state, which is only about 25% of the training needed to get behind the wheel. Now potential drivers do all of their classwork online to obtain their learner’s permit, and then they come in to work on the simulators to take the skills portion of their training before hopping in the actual rig.

He said the “successful schools are going to take the bull by the horns and do what they have to do to prepare their students the best they can” to succeed with the technology of the time, and he thinks schools will see a lot more trucking companies that are doing some of these autonomous pilots step up to partner with schools and teach the future generation of drivers.

When autonomy does arrive, Stockton said training will increase instead of decrease. He said the driver will still have to learn all the ins and outs of the typical training but will have to learn to monitor systems as well, like an IT professional.

“I think it requires more training to monitor the systems,” he said. “We're still responsible for operating that 80,000-pound piece of equipment up and down the highway.”

But he said he thinks that IT element will attract younger drivers to the career.

“I don't see us at a disadvantage of missing opportunities of people coming into the industry because of highly technical trucks or the technology that we've adopted. More so I see them expecting the trucks and trailers to have the latest, greatest, high-tech devices,” he said. “I think we’ve gained some interested parties that want to do that kind of work because it is more technically challenging, and it involves technology to help do the job.

“Certainly not to take anything away from today's existing CDL holders, but it just becomes more technical and requires some skill that my kids and grandkids have naturally that I may not have had during my era growing up and entering the industry just because the technology didn't exist.”

That’s why Wilson Logistics’ driver school focuses solely on recruiting people who are entirely new to the industry – not existing drivers – whether they’re students or adults changing careers.

“They’re typically a generation that already possesses the love and the habitual need for the technology side,” Stockton said. “Our society is just becoming more technical.” 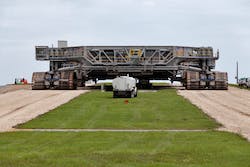 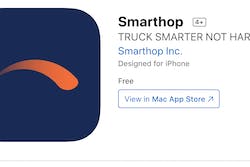 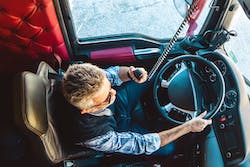