'It can't be all about the money': How to pay drivers in respect, not just cash 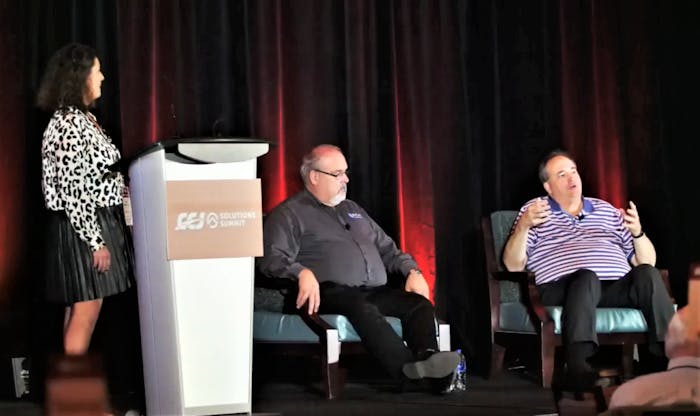 At a time when owner-operators and CDL holders of all types are seeing record income, rates, and demand for their services, Commercial Carrier Journal's Solutions Summit brought together leaders from fleets small and large for a panel discussion focused on just what makes drivers want to stick around.

"It can't be all about the money," said Jason Cowan, Overdrive's 2021 Small Fleet Champ and president of 24-truck Henderson, Kentucky-based Silver Creek Transportation.

Cowan sat alongside David Broyles, the director of driver services at Averitt Express, a fleet of 4,500, at a panel on driver retention hosted by Tenstreet's Marilyn Surber. At a time when headlines bemoan a "driver shortage" and drivers cry out for support in the face of constant regulatory and operational challenges, the conversation served as a welcome break from the tedious talk of rates and recruiting gimmicks, partly due to Cowan's background.

Cowan, who holds a Masters of Divinity from the Southern Baptist Theological Seminary, figured that the industry's commitment to retaining drivers couldn't be skin deep, and that while pay remained an important factor, it was "incumbent upon" fleets to make truck driving a career they'd be happy to see their teenage son or daughter embark on.

"It’s the small carrier thing, we realize," said Cowan. "It's all about relationships. A lot of our drivers want to talk to someone. The very last thing I say to a driver before he/she leaves is the thing they’re gonna think on all day. What are we communicating? Are they going to be positive?"

Silver Creek, with 20 company drivers and four owner-ops, is "still small enough where we know their kids, their birthdays, what they're doing this weekend, and who just graduated. That's what they're going to remember for the rest of the trip."

This attention to detail from Cowan appears effective. Silver Creek's turnover rate stands at just about 20%. As of a month ago, the company was due to increase earnings by 36% over 2020.

Cowan's approach doesn't just stop with the driver, either. "When you’re hiring a driver you’re really hiring their whole family," he said.

"There’s things we send out to our driver's spouses on their birthdays because we know if their spouse is happy with us, then they’re happy," he said. "We do a lot to make sure the families are taken care of. We bring the families in to events so they can be part of our culture as well."

Cowan stressed the safety aspect that he believes is an outcome of treating employees and families well. "We don’t want a driver in a vehicle that just got in an argument with their spouse," he said. "Keeping spouses happy is a big key to keeping drivers happy."

Even on issues of more macro-economic trends, like the growing age of the trucking population and the challenges of bringing young people into the industry, Cowan saw ways to act locally. Silver Creek sends teams to high schools and career fairs to talk about trucking.

"I grew up in the transportation industry with rough, tough and gruff old guys," he said. "There was no telling what they’d tell you but they'd get in the truck and do the job every time. The younger group that's coming on, what are the issues that are important to them? I don't want to wait until they're 22 or 25 for them to get in a truck. Maybe young folks don’t realize the money there is to be made. They might enjoy it and not even have the opportunity to know that. How can we use technology? How can we help them adapt to the vision that this could be a good life?"

All of these small touches underscore Cowan's central point: That pay alone doesn't keep drivers put. Surber, the panel's host, agreed that when drivers talk about pay, sometimes they're really talking about a broader kind of compensation that includes appreciation and respect.

Surber gave the example of a driver onboarding at a company only to find three days after orientation they're not in the equipment they were promised. Often, according to the panel, this driver may soon find another job and cite pay as the reason in the exit interview, but the truth of the matter is the driver's betrayed expectations played a major role.

"Pay is something that people can name. You can name that you want to make more money. If your feelings are hurt or you're frustrated or you’re just burnt out, you can’t always name that," said Surber. "If you tell a driver you’re going to take care of something, take care of it."

Broyles, the director in charge of thousands of drivers at Averitt, seconded the notion that quality of life in a given employment situation hinges on many more factors than simple pay. "What [drivers] really want is predictability, not just in pay, but when they’re going to be home. You have to really think about that, where the traffic flow is and how to keep drivers in the right areas so they can be home on time," said Broyles.

Broyles' analysis of driver retention strategy relied much more heavily on data and dashboards, but supported Cowan's overarching conclusions. Broyles' driver services department, for example, is autonomous within Averitt and doesn't report to operations. This structure, he said, allows drivers to approach them more openly and has driven down turnover.

Ultimately, "reducing turnover is not about raising pay 10 cents a mile so [competitors] can raise it 10 cents and someone else can raise it 15," said Cowan. "We need to figure out what makes them happy. That will also help them attract people into the industry."

Cowan himself worked his way up through the ranks in the transportation industry and believes the promise of career advancement also helps drivers feel engaged and positive.

"The world is chaotic," said Cowan. "As a company can we help and let people know there’s a stable place to be. We want to build big people. There’s no such thing as ‘I’m just a truck driver.' Everyone has a purpose and it’s our job tap into that." 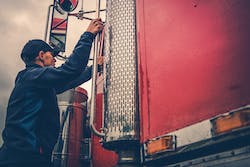 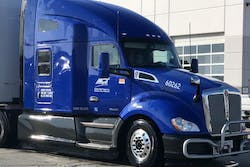 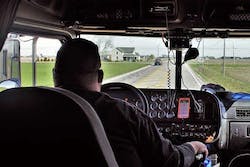 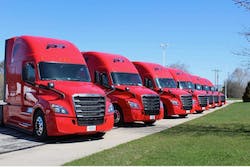