Rick Mihelic, contributor
Sep 7, 2021
At a conference in Oakland, California in 2019, two large fleets were assailed by a few audience members for their decision to invest in natural gas vehicles as the next step towards reducing emissions.

Headlines and soundbites sometimes are all we seem to have time for as we drown in the daily flood of information.

In-depth analysis takes time to absorb. Details can get lost. The story behind the headline is usually more complex and nuanced and so we miss it.

Advocates with vested interests tend to downplay or completely ignore mention of any negatives to the technology. Critics tend to overemphasize the failings. I often explain that there are no free rides when it comes to powering freight trucks. Every decision on a new technology has tradeoffs and ramifications. There are ramifications to doing nothing as well.

I attended a pre-COVID event in Oakland, California, in 2019 where two large fleets were assailed by a few audience members for their decision to invest in natural gas vehicles as the next step towards reducing emissions. The audience suggested these fleets were intentionally dragging their feet on moving to zero- emission electric vehicles and putting all our futures in danger. These two fleets had actually come to the event to show how seriously they were taking global warming and were proud of what they were doing to make improvements. The fleets and the audience both have the same goal, just a different understanding of how to get there.

I had a seasoned engineering manager who was fond of saying, “Logic and reason don’t always apply.”  It was 2019, the number of battery electric Class 8 tractors in production at that time was close to zero and expected to be near zero for a few more years. The number of fuel cell Class 8 tractors was zero. Here we are in 2021 and the needle on production has just now started to move. Production volumes may be in the low thousands by 2025, possibly the tens of thousands by 2030.

You see it’s not just the ability to make the truck in volume, but it’s also the ability of the market to buy the truck in volume. A really good year for Class 8 vehicles is 300,000 units. It’s not only that making that many strains the supply chain, plants, staffing and raw materials, it’s also important to consider how many the market can absorb each year. Fleets don’t buy more because they don’t need to and because they are not funded to. NACFE has estimated that if every Class 8 vehicle produced today was magically a ZEV, it would still take 15 to 20 years to migrate them into 100% replacement of the existing vehicles.

That brings me back to the 2019 event in Oakland and those two fleet executives being assailed for buying CNG vehicles to replace their diesels.

This was a major corporate commitment of money toward reducing emissions. They needed the trucks near term to replace aging diesel equipment, and CNG was the truck technology that was available in volume. They realized that buying these trucks was locking them into a long-term relationship with CNG powertrains. They knew that renewable natural gas was going to be available in the future, so there was some future technology path towards further improvement in emissions reduction for these vehicles. They felt at some point true ZEV vehicles would be available in quantity with the capability of replacing the natural gas trucks, but they didn’t know when.

It was a sound decision for them. Instead of being complimented for a proactive move they were assailed for not being aggressive enough in the face of global warming. Every fleet from the large national fleets down to the independent owner-operator has to face this kind of decision every time they replace a truck. They are at risk of being the focus of headlines for and against. If I can adapt a phrase from former Secretary of Defense Donald Rumsfeld, “Fleets buy the trucks that are available today.”

People outside the industry often lose sight of this point. Fleets cannot wait for perfection. Trucks are capital tools and just like a factory stamping press, and they wear out and become too costly to operate over time. That’s when they are replaced. Fleets really don’t have a lot of choice in that.

We are seeing today that a shortage in automotive computer chips has impacted the ability to produce new vehicles. Manufacturers have had to cut back or halt production of new vehicles. This disturbance in deliveries has forced fleets into keeping their older trucks longer, even though they could get a premium selling them off as used vehicles. The reason being that if they sell off a vehicle, there is no guarantee they can replace it without a significant delay. An old truck making deliveries is better than a new one still on order with deliveries stuck on the dock.

Technologies like battery electrics, fuel cells, hybrids and automated vehicles all make great headlines. Actually getting to that future requires the vehicles to both be built in quantity and purchased in quantity by the fleets.

Fleets have to make those decisions annually. Each purchase commits them to supporting a vehicle for typically five or more years. The vehicles themselves are handed down to other fleets and can operate for 15 years or more in commerce hauling activities, meaning the infrastructure to keep them running (parts supply, technicians, shops, skill sets, fuels, lubricants, salvage, etc.) has to be around for at least that long. Those fleets in 2019 that I saw in Oakland had to also invest in fueling infrastructure, which itself has an expected multi-year economic lifespan.

Fleets planning for an electric future and a hydrogen ZEV future have massive insecurities due to things outside of their control — the hope that the costs of these two technologies reduces significantly due to innovation and scale. In my experience, I cannot recall a time where vehicle MSRP’s reduced significantly in time.

Unit pricing is a lot more complex than the cost of one technology. As consumers we tend to want each new model year product to do more than the prior year model. We also expect it not to cost more, but it usually does. Combine that with greater regulatory requirements each year and you get what we in the industry call scope growth. A model year 2010 truck has significantly less in content and capability than a model year 2022 one. Net vehicle MSRP rarely goes down over time.

To put this experience to a quick test, I hunted down the annual inflation adjusted MSRP for the Ford F150, the Ford Mustang, the Tesla Model S and the Apple iPhone over the years. Turns out in every case there is no significant reduction in MSRP, and in fact, in most cases, the price has trended up over time. This in spite of massive technological gains and scaling cost improvements. To be objective, there are some technology examples where unit costs went down over time as technology improved and scaling occurred. Personal computers and big screen televisions are examples, to some degree.

The risks facing fleets with every commitment to a technology is that the assumptions and predictions don’t net out as expected, putting them at a competitive disadvantage to others that did not make the same commitments. Simplistically, fleets are throwing the dice each year when they order their new trucks. A material shortage, a war, a typhoon, a tsunami, shortage of containers, tariffs, changes in political directions, strikes, new regulations, pandemics, etc. all can impact the results of the choices fleets make each year.

Moving the industry forward to zero emissions requires getting beyond the headlines, understanding the market dynamics, and helping the industry make good choices today on the vehicles they have to buy today, while helping plan for an ever improving future. It’s no easy task for fleets. Those outside the industry need to appreciate their challenges. 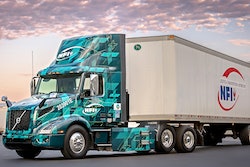 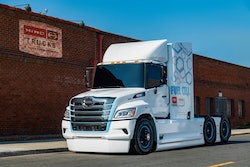 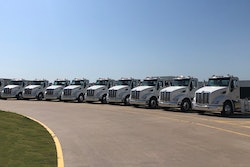