The rEVolution will not be televised (or forced)

I've been driving for more than 25 years and in that time I've have had various vehicles, each with varying degrees of fuel economy and various size fuel tanks. I've come close a few times, but I never crossed the century mark – until June 14.

In a case of really pitiful timing, my wife and daughter each also got gas that day, so the Cannon family dropped more than $200 at a gas station without even a slice of Hunt Brothers pizza or a pecan log to show for it.

There's plenty of opinions out there (mostly on social media) that high gas prices will force electric vehicle (EV) laggards to the dealership in search of relief, and that trucking will be right behind.

The logic feels like it makes sense. Putting $100 into my gas tank stung, but truck drivers and fleets every day are spending 10 times more (and then some) per truck. The prospect of slashing the cost of a $1,200-plus fill up has got to be appetizing, right? If only it were that simple.

Migrating the general public toward EVs, I believe, is going to be fairly easy. Many passenger vehicle OEMs are already making known they will stop manufacturing internal combustion engine (ICE) vehicles by the end of the next decade. You either get on board or you figure something out.

Once/if there is any kind of infrastructure and upfront cost parity between EVs and ICE, I think it's realistic that people will walk onto a dealership lot willing to go one way or the other. I believe there will be sufficient charging infrastructure in place by the 2040 end-of-ICE date – or at least the solid foundation for one – prompting passenger vehicle buyers to actually prefer EVs in a lot of cases.

But trucking is vastly different.

For starters, if you're running a really fuel efficient fleet, fuel surcharges could be a profit center right now. It's not going to be easy to convince a carrier to give up an 80 cent fuel surcharge, for example, if fuel costs are about 60 cents per mile. If the contract is based on the industry average of about 7 mpg and I'm consistently getting closer to 9 mpg, that's still good money.

Where are carriers saddled with a fuel surcharge doesn't cover cost, or spot market players that are only finding per-mile rates that don't cover diesel, supposed to find all the money they need to buy these EV trucks when they're shoveling would-be profits into the high cost of fuel? EV subsidies are only going to take me so far.

Most fleets understand that a portion of profit should be put back into the business, but a trucking company's average profit margin is around 7%, according to CSI Market, and it probably wont be 7% by the end of this year for many. You'd need about $5 million in revenue just to afford one battery electric truck at today's estimated prices, and that's dumping almost all of your net profit into a single investment.

High diesel costs, if anything, will slow the migration to EVs in some pockets of transportation simply because it doesn't provide the kind of financial incentives that legions of social media "electrified transportation experts" think it does.

The driver wants more money, the truck needs more money, and right now isn't exactly the best time to borrow money. It's not a zero-sum game. Trucking OEMs understand this because they've not taken the approach of their passenger car brethren to totally eliminate fuel-fired engines by a given date. Rather, each see the long-term viability of clean diesel while also developing and promoting a shift to greener trucking.

The cost of diesel will help put hundreds (if not thousands) of trucking companies out of business this year. As counter-intuitive as it sounds, trucking's evolution to electric will be done in concert with reasonably priced business costs, and that includes diesel fuel.

There's clearly a willingness from fleets to lean into green energy but the math has to work – before, during and after the purchase.

It's not a matter of which comes first: the EV truck or the EV infrastructure. It's the math. The capital has to come first, and you don't get that with near zero (or negative) margins stoked by exorbitant diesel costs. 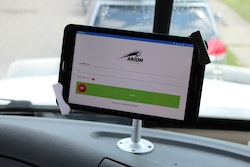 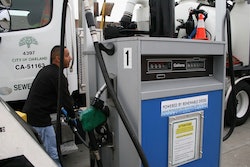 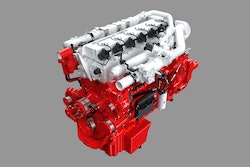