“Arkansas Best’s fourth-quarter results illustrate the impact of an extremely weak and uncertain freight environment that has continued now for 40 months,” said Judy R. McReynolds, president and chief executive officer of the Fort Smith, Ark.-based company. “This economic recession has been unprecedented in its length and depth. Its impact on the LTL industry has accelerated the level of price competition throughout 2009, and the fourth quarter was no exception.”

“Although the economy has presented us with extreme challenges, the strength of our balance sheet and the depth and experience of the ABF team have allowed us to continue our focus on enhancing our services to customers,” McReynolds said. “A high standard of dependability, superior cargo care and adaptability to customer-specific requirements are the important elements of that focus.”

For the full year, ABF Freight had revenue of $1.38 billion compared to $1.76 billion, a per-day decrease of 21.0 percent; and an operating loss of $99.9 million, excluding goodwill impairment and pension settlement charges, compared to operating income of $49.1 million. Tonnage per day decreased 11.4 percent.

“Our 2010 operating performance will continue to be challenged until some positive change occurs, such as a better freight economy, improved pricing or some other industry catalyst,” McReynolds said. “In the meantime, our company has responded to this environment by reducing headcount, equipment levels and costs in a number of areas in relation to available business levels. Our employees are doing more with less while maintaining a superior level of productivity and equipment utilization.”

McReynolds said that in addition to the company’s regular, daily management of personnel and assets, it recently addressed its cost structure further. “Because of actions we have taken, improvements in the financial markets and other events, we anticipate lower 2010 expenses in several areas of nonunion fringe benefit costs.” These items include:

“We anticipate that the annual savings associated with these changes will be in a range of $15 to $18 million on a pretax basis,” McReynolds said. “Our financial strength and stability have been valuable assets that have allowed us to endure the extended freight recession. We continue to carefully manage our balance sheet and recognize the opportunities that it presents for our company. We previously disclosed actions we took to secure our letters of credit and to enter into an accounts receivable securitization program. These actions, combined with our existing cash and short-term investments, provide our company with a level of flexibility and liquidity that is necessary to address both the opportunities and challenges of an ever-changing environment.” 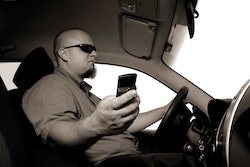