Harry Kimball, vice president of safety for Freymiller Inc. of Oklahoma City, was named 2010 Safety Professional of the Year by the Safety & Security Division of the Truckload Carriers Association. The award, known as the Clare C. Casey Award, was presented Monday, May 17, during the division’s 29th annual Safety & Security Meeting, held this year at the Hyatt Regency Crown Center Hotel in Kansas City, Mo.

The Safety Professional of the Year award recognizes a person whose actions and achievements have had a profound and positive benefit or contribution to better safety on our highways. Nominees must exemplify leadership and demonstrate the goals of protecting lives and property in the motor transportation industry while serving their company, industry and the motoring public.

Kimball has been responsible for safety and quality control at Freymiller since 2001. During his first year of employment, his company received the Most Improved Motor Carrier award from its insurance carrier. Since then — primarily because of his efforts — it has gone on to receive 12 additional prestigious safety awards, including numerous placements in the top three within its mileage category for both TCA’s and the Oklahoma Trucking Association’s Fleet Safety awards.

At Freymiller, Kimball has earned a reputation for giving his complete focus and expertise to every project, program, claim, accident or injury that he takes on. Devoted to staying ahead of an ever-changing industry, he is constantly educating himself. He has achieved certifications in everything from OSHA compliance and onsite inspections to transportation claims management and motor fleet safety basics. The U.S. Department of Transportation’s Transportation Safety Institute has granted him its safety institute and masters certifications, while the North American Transportation Management Institute named him a Certified Safety Supervisor, Certified Director of Safety and Certified Driver Trainer. He also is certified as a TWIC (Transportation Worker Identification Credential) Trusted Agent.

An active member of TCA, Kimball has participated in the Lawsuit Reform Committee, Human Resources Committee and Transportation Committee. He is a past secretary/treasurer of the Safety & Security Division as well as a former Program Chair. His participation in other organizations includes the Oklahoma Trucking Association, the Trucking Industry Defense Association and the Primerus Defense Institute, an organization whose member attorneys work to lower business litigation costs and reduce exposure to liability.

“Mr. Kimball’s unwaivering passion for improving safety practices and his continued education and contribution to our industry and our company’s success has put him at the forefront of his peers,” says David Freymiller, president of Freymiller Inc. “We can think of no finer choice for this prestigious award and are glad that TCA’s judges agreed.”

The annual Clare C. Casey award is named after a safety professional who actively served TCA from 1979 until 1989. He was devoted to ensuring that all truckload safety professionals could meet yearly to build the strong safety network this division provides today, and was instrumental in forming the first annual Safety & Security Division meeting in 1982. Upon his death in 1989, the first annual Safety Professional of the Year, the Clare C. Casey Award, was given in 1990.

“We are pleased to recognize Harry Kimball with our highest honor for safety professionals,” says John Kaburick, TCA chairman and president of Earl L. Henderson Trucking Co. of Salem, Ill. “The trucking industry is lucky to have him educating our drivers and advocating for safety advances.” 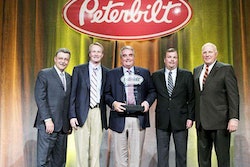 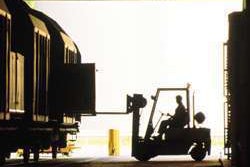 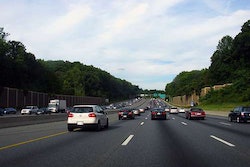