Say goodbye to comfort in claims

Q The Federal Motor Carrier Safety Administration abandoned the cargo insurance filing requirement. As a medium-sized broker, a third of our losses are caused by insurers who deny coverage for claims even though the agent issued us a certificate. Does the agency care at all about protecting the shipping public against uninsured losses?

A Apparently not. In a final rule issued June 22, FMCSA disregarded 29 of 32 comments from shippers, brokers and carriers supporting retention of the cargo insurance filing. Clearly, the agency feels no duty to brokers and shippers to assure that authorized carriers are financially able to pay cargo claims. Commenting in support of the cargo filing requirement, the Transportation Intermediaries Association stated that the filing “is often the only remedy available to a broker and to its shipper customer when a carrier routinely refuses claims that are within its deductible or fall into exclusions from its insurance coverage.”

In response, the agency admitted that certificates evidencing cargo insurance are fatally flawed, but it abandoned the BMC-32 requirement altogether rather than increasing it to a meaningful and useful level. Thus, motor carrier cargo insurers are off the hook for providing any real assurance to the shipping public that cargo claims will be paid. The agency’s response to the brokers’ plea was that they “should ask carriers for copies of their policies, including all endorsements, exclusions and declarations” to determine the adequacy of coverage. Wow, how unrealistic is that? As an old public utility lawyer, I thought the federal government set the standard for who is fit, willing and able to provide service so that the user of the services did not have to credential every service provider before use.

Clearly, FMCSA’s laissez-faire attitude betrays its sole commitment to safety to the exclusion of its obligation under the National Transportation Policy to encourage “sound economic, efficient and competitive” conditions among motor carriers. [See 49 U.S.C. 13101(b).] It is sadly ironic that while FMCSA is abandoning any minimum financial standard for carrier cargo liability, Congress is considering increasing the broker’s minimum bonding requirement tenfold. Moving its way through Congress is a bill supported by the Owner-Operator Independent Drivers Association and TIA to require FMCSA to administer an increased broker bond requirement of $100,000. Obviously, the “scourge of double brokerage” is a systemic problem that a $100,000 bond requirement could help ameliorate. Yet all too frequently, shippers are left to offset cargo claims against brokers when cargo claims are not timely and paid properly by the insurer for the brokers’ carriers.

Taken in tandem, these two actions could have a significant adverse effect on the spot market and small brokers and carriers in particular. Without assurance of real cargo insurance, small brokers are at risk of offset when using new carriers. And when the shipper does offset due to a coverage denial, the resulting negative cash flow effect can cause a run on the broker’s bond.

* Prime Inc. won its appeal of a jury verdict that had ordered it to pay about $2.2 million in damages to a third-party logistics provider for back-solicitation of a shipper. The U.S. Court of Appeals for the Seventh Circuit ruled that because Prime had served the customer previous to the 3PL contract, it didn’t back-solicit.

* Mayflower Transit may assess a 10-cent-per-mile fee on its owner-operators to cover the cost of insurance, the U.S. Court of Appeals for the Seventh Circuit confirmed last month. The Owner-Operator Independent Drivers Association had argued unsuccessfully that the chargeback amounted to a mandatory purchase of insurance from the motor carrier.

* EGL faces a trial regarding its practice of requiring drivers in California to sign a contract acknowledging that they are independent contractors and agreeing to interpret the contract under the laws of a jurisdiction where such a contract generally is enforceable. The U.S. Court of Appeals for the Ninth Circuit on July 13 reversed a lower court’s ruling for EGL.

* Swift Transportation lost its bid for a new trial in a crash liability lawsuit that yielded a $15.3 million jury verdict against the Phoenix-based truckload giant. Swift had told the U.S. Court of Appeals for the Tenth Circuit that it did not get a fair trial due to various rulings and jury instructions that the carrier considered improper. 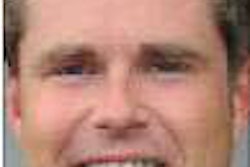 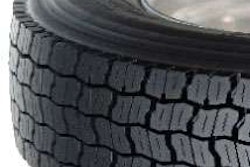 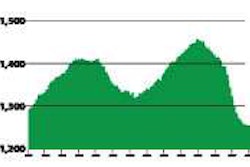