While the overall U.S. economy lost jobs in August due to the wind-down of the 2010 Census, the for-hire trucking industry added 400 jobs during the month, according to preliminary figures released Sept. 3 by the U.S. Department of Labor’s Bureau of Labor Statistics. However, because a downward revision of July numbers in the latest report, the estimated payroll employment in trucking actually was 300 jobs fewer than what BLS reported on Aug. 6. Since the beginning of March, trucking companies have added 12,700 jobs, according to the preliminary numbers.

Year over year, payroll employment was down in August from August 2010 but only by 0.9 percent. Total employment was 1.24 million – down 213,300, or 14.7 percent, from peak trucking employment in January 2007. The BLS numbers reflect all payroll employment in for-hire trucking, but they don’t include trucking-related jobs in other industries, such as a truck driver for a private fleet. Nor do the numbers reflect the total amount of hiring since they only include new jobs, not replacements for existing positions.


Nationwide, the overall jobs picture continues to suffer from the end of the temporary jobs that were created to complete the 2010 Census. Total nonfarm payroll employment declined by 54,000 in August, primarily because 114,000 temporary Census workers completed their work. Private-sector payroll employment edged up by 67,000. 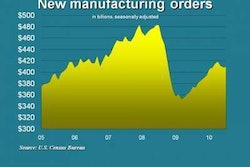 Manufacturing orders up a tad in July 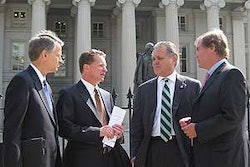 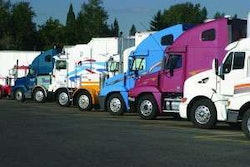