The Volvo Group is joining the World Wide Fund for Nature’s (WWF) Climate Savers Program. As a WWF partner, the Volvo Group’s truck companies will undertake reducing the CO2-emissions from vehicles manufactured between 2009 and 2014 by 13 million tons. Independent technical experts will oversee the results. “The partnership with WWF means that we are raising our already ambitious goals in relation to cutting the CO2-emissions of our products,” says Leif Johansson, Volvo’s chief executive officer.

Climate Savers companies promise to reduce their CO2-emissions in accordance with an agreement between the WWF, the company and independent technical experts. The agreed goal must be more ambitious than what the company previously has planned. The agreement between The Volvo Group and WWF will apply for the Volvo Group’s truck companies Mack Trucks, Volvo Trucks, Renault Trucks and UD Trucks and states that:
• The total amount of CO2 emitted during their lifetime by trucks manufactured and sold between 2009 and 2014 will be cut by 13 million tons compared with 2008 models by introduction of cutting-edge fuel economy technologies. The amount equals the total amount that is being emitted from Sweden in three months;
• Volvo will produce a truck prototype with 20-percent lower fuel consumption than the equivalent 2008 model;
• Volvo will be able to offer trucks in the commercial market that run on renewable gas before 2014; and
• The Volvo Group also will reduce CO2-emissions from its production plants by 0.5 million tons (12 percent) before 2014, compared with 2008.

Independent technical experts will monitor annually and oversee that the Volvo Group complies with its undertaking. “This is the first time we’ve engaged an outside party – in this case, the world’s largest environmental organization – to oversee that we deliver what we’ve promised,” says Johansson.

The Volvo Group’s environmental initiatives are driven by three integrated factors: legislation in the area, the Volvo Group’s own initiative to create the best products possible without compromising customers or the environment, and external partnerships. “We have been presented with a real challenge, but by focusing on lower CO2-emissions, we believe that we can create more value for our customers’ business while contributing to sustainable development at the same time,” says Johansson. 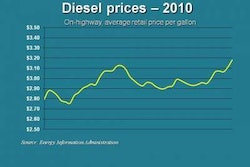 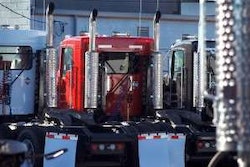 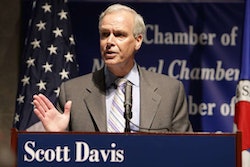 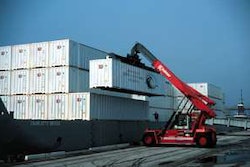