The American Trucking Associations’ advance seasonally adjusted For-Hire Truck Tonnage Index increased 1.7 percent in September after falling a revised 2.8 percent in August. The latest gain put the adjusted index at 108.7 in September from 106.9 in August. The nonadjusted index, which represents the change in tonnage actually hauled by the fleets before any seasonal adjustment, equaled 112.4 in September, down 0.9 percent from the previous month.

Compared with September 2009, adjusted tonnage climbed 5.1 percent, which was well above August’s 2.9 percent year-over-year gain. Year-to-date, tonnage is up 6.1 percent compared with the same period in 2009.

Truck tonnage over the last few months fits with an economy that is growing very slowly, says ATA Chief Economist Bob Costello. “While I am glad to report that tonnage grew in September, the fact remains that truck freight volumes leveled off over the summer and early autumn,” he says. “This is a reflection of an economy that is barely growing.” Costello noted again this month that the trucking industry is significantly smaller than it was prior to the recession, but as a result, it is better equipped to deal with slower-than-normal tonnage growth.

Trucking companies added 300 new employees on a seasonally adjusted basis in October, according to preliminary payroll employment figures released by the U.S. Department of Labor’s Bureau of Labor Statistics. BLS also revised its September figures upward by 400 jobs and its August figures downward by 200.

For the first time since the recent downturn in trucking jobs began, payroll employment was up year over year in October. The for-hire trucking industry employed 2,300 more people in October than in October 2009, according to the latest data. Total employment was 1.243 million – down 210,100, or 14.5 percent, from peak trucking employment in January 2007. The BLS numbers reflect all payroll employment in for-hire trucking, but they don’t include trucking-related jobs in other industries, such as a truck driver for a private fleet. Nor do the numbers reflect the total amount of hiring since they only include new jobs, not replacements for existing positions.

Nationwide, the economy added 151,000 nonfarm payroll jobs in October, according to BLS estimates. The unemployment rate was unchanged, however.

* TransCore’s North American Freight Index showed a 69 percent increase in spot-market freight availability in October over October 2009. The October level marks the third consecutive month when spot freight achieved the highest year-over-year growth since 2005, which was a peak year for spot market volume.

* The ratio of inventories to sales throughout the economy on a seasonally adjusted basis held steady in September at 1.27 – below both the 1.33 average over the past decade and the 1.30 ratio in September 2009. A lean inventories-to-sales ratio generally is good news for trucking as it makes it more likely that businesses will need to replenish supplies and stocks in the event of an uptick in demand.

Manufacturing activity grew for the 15th consecutive month in October and at a faster rate than in September, the Institute for Supply Management reported Nov. 1. ISM’s composite index, the PMI, was at 56.9 percent in October, up from the 54.4 percent recorded for the previous month. The index for new orders – a key component of the PMI and an indicator of near-term shipment volumes – was especially strong at 58.9 percent, which is 7.8 percentage points higher than September. The production index also was strong at 62.7 percent, up 6.2 points.

“Since hitting a peak in April, the trend for manufacturing has been toward slower growth,” said Norbert Ore, chair of ISM’s Manufacturing Business Survey Committee. “However, this month’s report signals a continuation of the recovery that began 15 months ago, and its strength raises expectations for growth in the balance of the quarter.”

Supply management professionals responding to the survey noted the recovery in autos, computers and exports as key growth drivers. “Concerns about inventory growth are lessened by the improvement in new orders during October,” Ore said. “With 14 of 18 industries reporting growth in October, manufacturing continues to outperform the other sectors of the economy.” n 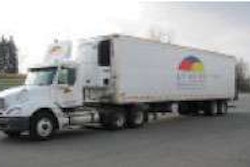 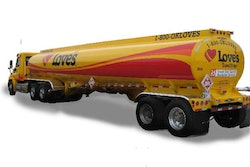 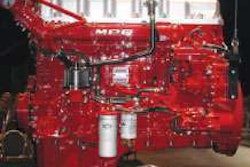