One-trick pony? Not for Nissan

NV just the start of company’s commercial plans in U.S.

For all the talk about China these days, the good ol’ U.S.A. is still the market in which manufacturers around the globe want to compete. In fact, the U.S. economic engine is still so powerful that even companies that have been here for decades still seek to expand their reach by introducing new products into new markets. And trucking remains a highly attractive market for vehicle manufacturers the world over.

Several years ago at an NTEA show, I attended a dinner held by automotive manufacturer Nissan. The purpose of the dinner was essentially a meet-and-greet with an important underlying message: Nissan was preparing to make a serious concerted effort to penetrate the North American commercial truck market with a new work van that was then in development.

Flash-forward to last month, when I attended opening ceremonies for the new Nissan NV work van production line at the company’s massive ultramodern manufacturing plant in Canton, Miss. Nissan is so adamant it wants to play in the U.S. vocational truck market that it invested $118 million in its Canton facility and an undisclosed sum in the development of the all-new van, and never once wavered – even in the face of the most dramatic economic downturn here since the Great Depression.

In fact, according to Joe Castelli, vice president of Nissan Commercial Vehicles, the new NV van is now in prime position to capture pent-up demand for commercial vehicles in North America now that the economy is beginning to turn around. “We knew that quality would be the key to this van’s success in North America,” Castelli noted. “And we also know that because we’re the new kids in this arena, it is absolutely vital that we have the best available sales, service and support for these vehicles from the get-go.”

Nissan wants to be a major player in the American vocational market.

Moreover, Castelli says Nissan has no intention of simply being a “one-trick pony” in North America and stresses the NV van is just the starting point for Nissan. “But once that vehicle is established in the marketplace, we will continue to bring innovative products to the commercial segment,” he says. “It is our goal to become a major commercial player here in the U.S.”

Launch ceremonies in Canton included a wide array of Nissan officials, employees and local and state officials, including Mississippi Gov. Haley Barbour. The highlight of the launch was the unveiling of production NV van Number One, which Nissan Americas President Carlos Tavares promptly donated to Habitat for Humanity of Metro Jackson, Miss. Since the opening of the Canton facility in 2003, Nissan has provided more than $5 million in grant money and in-kind donations to Habitat for Humanity. That’s in addition to more than 5,000 Nissan employees who have donated their time and expertise to help build more than 25 Habitat homes across the United States.

The Nissan NV will be launched this month in Miami; a full product overview will appear in the April issue of CCJ. NV vans will begin appearing at Nissan dealerships at the end of this month, with entry-level pricing below $25,000.

CAPTION: Attendees applaud the unveiling of Nissan’s first production NV commercial van, which was donated to Habitat for Humanity of Metro Jackson, Miss. 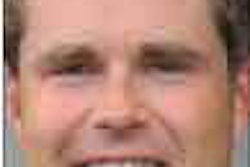 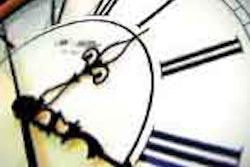 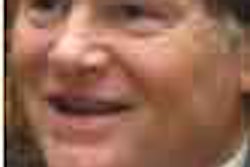 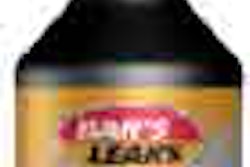