“Medium- and heavy-duty truck dealers face a growing number of policy challenges in the nation’s capital – so many, in fact, that legislative and regulatory priorities are the focus of the ATD convention,” says Dick Witcher, ATD vice chairman and convention chairman. “ATD has taken the lead in efforts to stimulate truck sales with incentives and urging regulators to ensure that fuel economy regulations are appropriate and cost-effective.”

Dealers and their managers will have an opportunity to meet face-to-face with their respective manufacturer executives at 12 franchise meetings to discuss the economic and industry challenges ahead at a time when the outlook for truck sales and tonnage is expected to improve. Also, 13 workshop sessions – covering federal regulatory issues, marketing, social media and other business issues – will be offered to help dealers and their managers better prepare for the economic rebound.

Truck industry expert Stu MacKay, president of MacKay & Co., a market research and consulting firm, will moderate a panel session on Friday, April 15, to discuss what fleet owners look for when selecting dealerships as business partners.

Also scheduled for the convention:

• During the legislative and regulatory affairs session on Monday, April 18, convention attendees will hear from Cook, America’s foremost election analyst, about the dramatic changes that occurred during the 2010 election and how Washington will be affected heading into the 2012 presidential race. ATD’s legislative and regulatory priorities include promoting congressional efforts to help stimulate new truck sales, shape the nation’s first-ever proposed fuel-efficiency standards for commercial trucks and make the current estate tax law permanent. “Dealers will learn about key federal legislative and regulatory issues that directly impact their truck dealerships,” says Witcher, CEO of Minuteman Trucks Inc. in Walpole, Mass. “Dealers will also learn how to build long-term relationships with their members of Congress to help shape federal policy decisions that have a positive impact on both the dealership and community.”

• Also, five truck dealers have been nominated for the Truck Dealer of the Year award: Eric K. Jorgensen, president and CEO of JX Enterprises in Hartland, Wis.; Richard S. Kane, owner, Grand Truck Center in San Antonio; Erick Miner, president, CIT Group Inc. in Normal, Ill.; Richard D. Ryan, president and CEO, Carolina International Trucks in Columbia, S.C.; and Craig A. Young, president, Young Truck Sales Inc. in Canton, Ohio. The award, which was first given in 1968, recognizes excellence in business practices, industry leadership, civic contributions and community service. The winner and runner-up, chosen by a panel of professors from Indiana University’s Kelley School of Business, will be announced at the convention on Saturday, April 16.

• ATD will honor two new commercial trucks, one medium-duty (classes 3-7) and one heavy-duty (class 8), sold in the United States. This year’s medium-duty truck nominees for the ATD Commercial Truck of the Year are the Ford F-650/F-750 Super Duty, Hino 2012-model 338, International TerraStar, Isuzu NPR Eco-Max, Kenworth T370 4×4 and Peterbilt Model 337 4×4. The International ProStar+ with MaxxForce 13 engine, Kenworth T700 with Paccar MX engine and Peterbilt Model 386 lightweight sleeper-cab tractor are the heavy-duty truck nominees. The trucks will be judged on innovation, design, driver and owner satisfaction, ease of maintenance and safety. The winners – selected by a panel of journalists from leading truck publications in North America – will be announced at the convention on Sunday, April 17.

• ATD will host its first “Next Generation ATD” event at the convention on Saturday, April 16. The new initiative is aimed at developing the next wave of truck dealers to effectively run their own businesses throughout the country. Eligible ATD members and recent NADA-ATD Academy graduates in dealership management positions are encouraged to join the new initiative. NextGen members will benefit from educational programs, networking events and an exclusive online social media community. “At a time when many ATD members are transitioning ownership of the dealership to their successors, NextGen ATD will help prepare the dealers of tomorrow as well as encourage dealers to take on leadership positions at the association,” says Treadway, president of Kenworth Sales Co. in West Valley City, Utah.

For more information about the upcoming ATD convention or to register, go to www.ATDconventionandexpo.org. 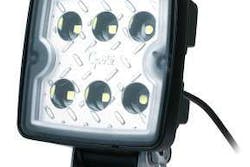 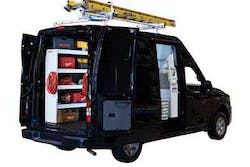 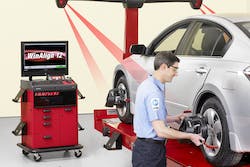 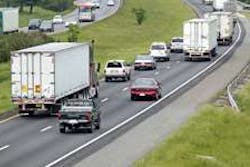 An unprecedented freight surge, driver and equipment shortages and a growing push for zero-emission trucks has NFI Industries pushing hard for new paths to success.