Volvo Trucks North America on Wednesday, March 30, announced that in response to increased demand, the company will ramp up production at its plant in New River Valley, Va., and recall about 700 employees. The ramp-up – which includes adding a second shift – and associated recalls will take place in several stages between May 2 and June 13. Current employment at the plant is just less than 1,500.

“Customer response to our products – particularly the fuel-efficiency and performance of Volvo’s new near-zero emission engines – continues to be extremely positive,” said Ron Huibers, senior vice president of sales and marketing. “Combined with the improving economy, this response is helping us continue the momentum we established with our 2010 market share increase.”

Volvo said it increased its combined U.S. and Canadian retail sales volume 46 percent in 2010, and increased its market share two points to 9.6 percent. The company said that through February, its retail sales were up 47 percent vs. the same period last year, and its year-to-date market share was up 1.6 points, to 10.9 percent.

“This is the next logical step forward for Volvo,” Huibers said. “Environmental responsibility has long been a core value for Volvo. Our SCR solution has us well-situated to meet upcoming CO2 regulations, which happen to go hand-in-hand with increasing fuel economy for our customers. We feel really good because we see a shift in society’s values that is lining up nicely with the core values Volvo has held for many years.”

Frank Bio, product manager, said Volvo engineers used computive fluid dynamics programs as well as full- and half-scale wind tunnel tests to analyze not just around and over a VN tractor, but also underneath it. So while a casual observer might note changes to the VN’s newly integrated roof fairing-sunvisor design, bumper or bug screen, or changes to the rearview mirrors, many small changes in the front wheel well and other areas underneath the truck now also are working to manage airflow under the tractor and help it cut more efficiently through the air.

“We’ve always been focused on fuel economy, and aerodynamics are an important part of that solution,” Bio said. “Volvo introduced its first aerodynamic heavy-duty truck in 1978, and we’ve been building on that legacy ever since.”

Saxman said customers also now can achieve fuel savings through Volvo’s new Mass Based Variable Torque software designed to sense the gross combination weight of the truck and adjust the engine’s torque when the truck is loaded lightly. The software’s adjustments are designed to improve overall fuel efficiency while still delivering excellent performance under all conditions. 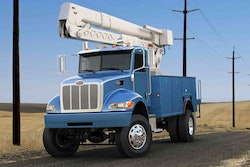 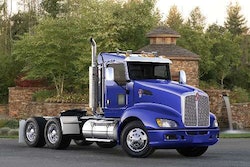 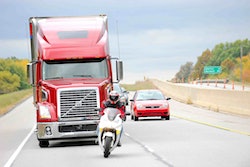 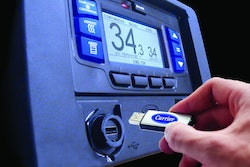